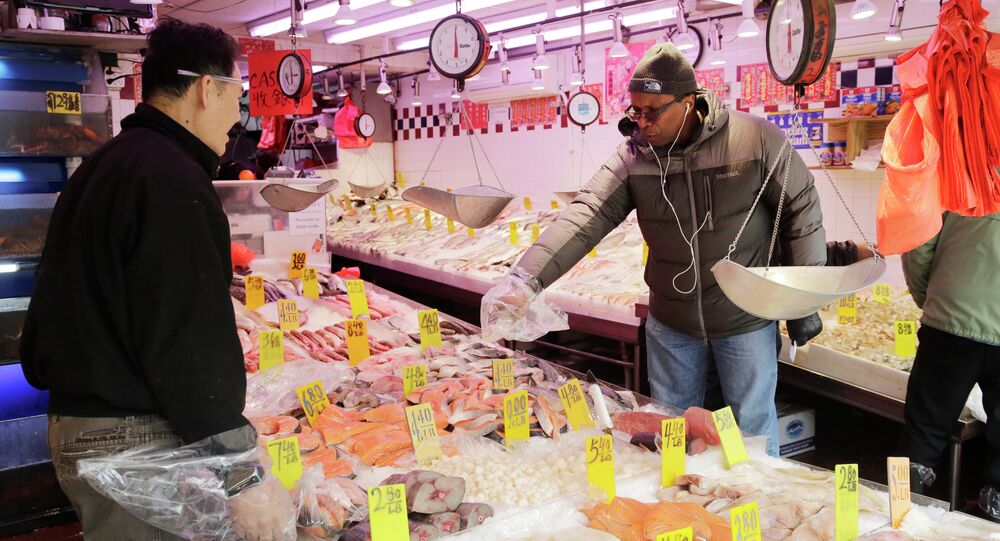 The pending Trans-Pacific Partnership (TPP) free trade deal would overwhelm US border inspectors assigned to guard against imports of unsafe seafood products, the environmental group Food and Water Watch said in a report on Tuesday.

WASHINGTON (Sputnik) — The TPP is expected to increase imports from nations that routinely use antibiotics and chemicals in fish farming that are illegal in the United States, the report said.

"Today, 94 percent of American seafood is imported, and only 2 percent of imports are examined by trained government safety inspectors," a press release explaining the report said.

In 2014, Americans ate 4.6 billion pounds of imported seafood, or 15 pounds per person, the report noted.

Of the imported seafood that was inspected, 11 percent was rejected, typically because they contained Salmonella, Listeria, filth or illegal veterinary drugs, according to the report.

The TPP would link the US with the economies of 11 other Pacific Rim nations in a trade zone with lower tariffs and fewer import restrictions.

President Barack Obama has yet to submit the TPP trade agreement to the US Congress, which must vote its approval before it can take effect.

In the ongoing US presidential campaign, Democratic nominee Hillary Clinton and Republican nominee Donald Trump oppose the agreement, claiming it would create job losses by encouraging US companies to move overseas.