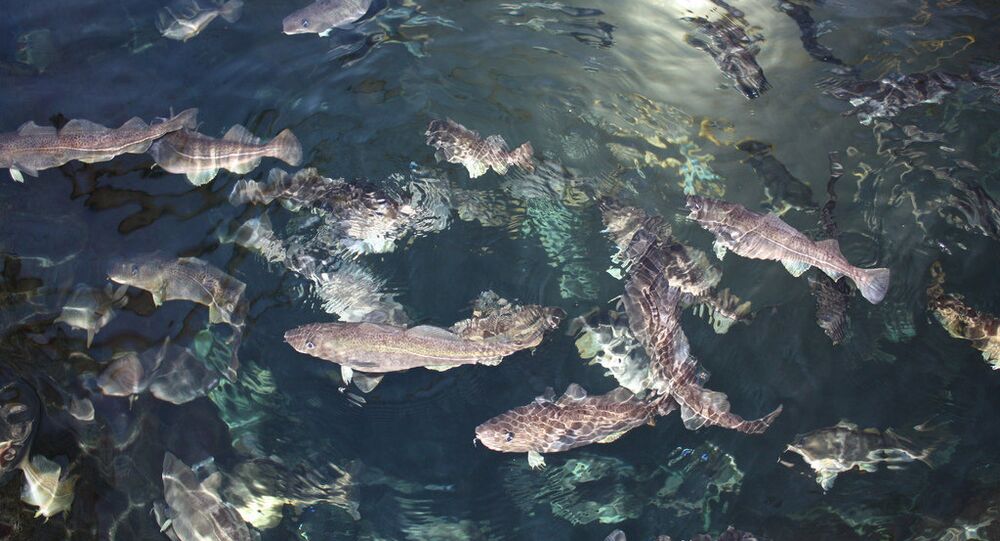 After oil and gas, Norway's leading export is farmed fish. However, the outbreak of a deadly salmon virus may lead to the death of millions of fish and cause substantial losses for Norway's prized aquaculture sector, which harvests billions of dollars in annual revenues.

ISA is a fatal viral disease that affects salmon, and currently lacks effective treatment. Suspicions of ISA may lead to large amounts of salmon getting slaughtered to prevent the further spread of the highly contagious disease. The diseased fish develop pale gills, and may swim close to the water's surface, gulping for air. In the worst cases, mortality rates may approach 100 percent.

"It is clear that we are concerned. We take this very seriously, as the disease can affect millions of salmon" Lene Borgan of FSA told Norwegian national broadcaster NRK.

​The virus, which was first detected in Norway in 1987, is highly contagious; its outbreaks can affect large quantities of fish and cause enormous economic losses. Remarkably, the salmon in the north are three times more prone to contracting the fatal virus than those in the rest of the country.

"In the 80s there was an ISA epidemic among Norwegian salmon. In the ensuing years, there was a long calm, but now we see again tendencies towards virus outbreaks, particularly in Lofoten, Helgeland and Vesterålen (districts in northern Norway)," says Borgan.

© Flickr / Lorenzo Blangiardi
Oh, Deer! Deadly Disease Spells Doom for Scandinavia's Elk
At present, suspicions of ISA based on the increased mortality of salmon are rising in a farm run by Nova Sea AS and Tomma Laks AS.

"If it actually proves to be ISA, we will be forced to slaughter over a million salmon," Borgan pointed out. "Since there is no way to treat the disease, this has to be done to prevent further infection."

Despite the fact that the virus is lethal to salmon, it is completely harmless to humans.

"ILA cannot infect humans, and therefore there is no reason for people to get worried," Borgan assured.

​Norway pioneered salmon aquaculture in the 1960s, which has since quickly spread to Scotland, Ireland, Iceland, the Faeroe Islands, Canada, the US, Russia and Denmark. Today, Norway remains Europe's largest supplier of farmed fish. In the first six months of 2016 alone, Norway exported seafood worth 42.6 billion NOK (5.2 billion USD). Fish is the country's second leading export after petroleum products.