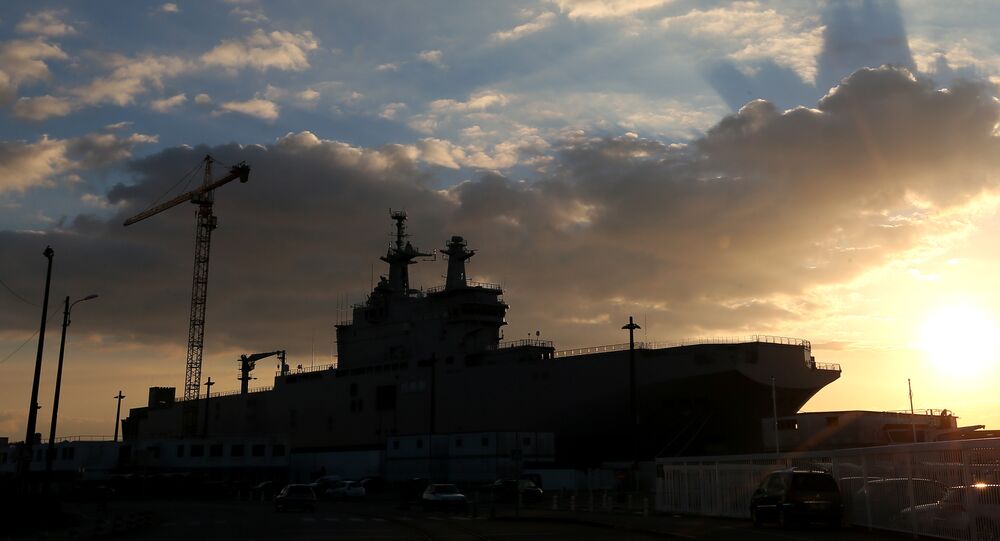 The statements of Polish Defense Minister Antoni Macierewicz about possible sale of two Mistral-class helicopter carriers from Egypt to Russia are not true, a spokesman for the Egyptian embassy to Moscow said Friday.

MOSCOW (Sputnik) — Earlier in the day, Macierewicz said that Egypt had resold the two Mistral warships to Russia for the symbolic price of $1.

"How can we comment on this [statement], if we know that Egypt is in talks with Russia on purchase of military equipment for the Mistrals? How Egypt could sell them for $1?" Ayman Mousa told RIA Novosti.

He added that such statements had nothing in common with the real state of affairs.

© Sputnik / Alexei Danichev
Russian Navy Prepares Mistral Carrier Ships' Substitute Specifications
In August 2015, Paris and Moscow formally terminated the 1.2-billion-euro (some $1.3 billion at current exchange rates) deal on the construction and delivery of two Mistral-class warships. Shortly after, French President Francois Hollande confirmed that a deal had been reached with Egypt on the delivery of two Mistrals to the Arab country.

On Tuesday, Anatoly Punchuk, deputy director of the Russian Federal Service for Military-Technical Cooperation (FSMTC) said that Egypt had appealed to Russia to supply Ka-52 helicopters (NATO reporting name: Hokum B) for the Mistrals.