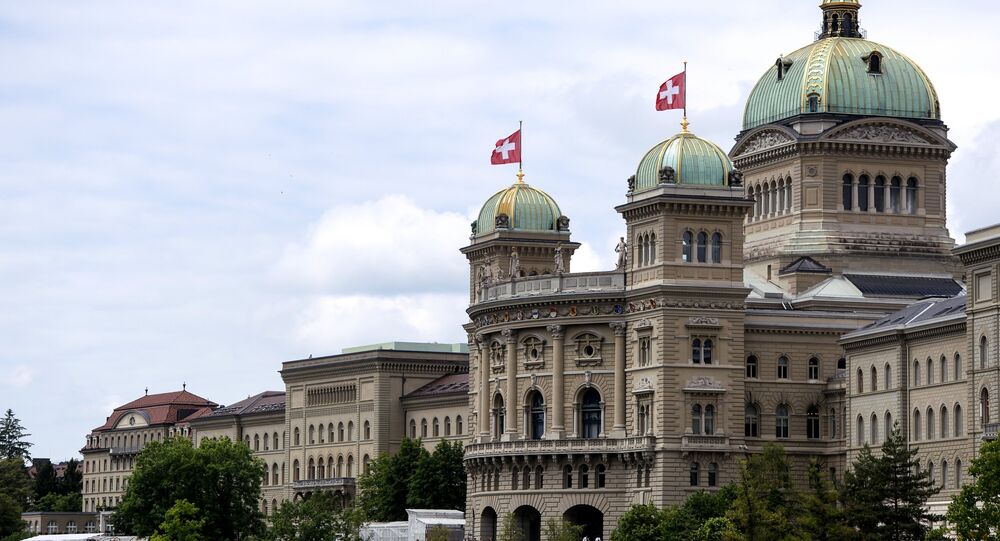 The European Free Trade Association (EFTA) and Switzerland as one of its members will be able to resume talks with Russia on free trade agreement conditions after the implementation Minsk agreements and a peaceful solution of the Ukrainian crisis, a senior Swiss lawmaker said on Thursday.

© Sputnik / Michael Klimentyev
Swiss Parliament Speaker Hopes for Thaw With Russia After Ukraine Row
BERN (Switzerland) (Sputnik) — He also noted that Switzerland reaffirmed its support as a mediator to the peace talks.

"The crisis between Russia and Europe prompted the European Union to impose sanctions against Russia, in parallel the European Free Trade Association and, accordingly, Switzerland suspended the talks on a free trade agreement with Russia… Only the implementation of the Minsk agreements and peaceful solution of the conflict [in Ukraine] will enable the EU to lift the sanctions, and will let EFTA return to negotiations on free trade," Raphael Comte, the President of the Council of States, the upper house of the Swiss parliament, said at the Russian Economic and Financial Forum in Switzerland.

EFTA comprises Iceland, Liechtenstein, Norway and Switzerland, all of them are non-EU states. In 2011, the regional bloc started free trade negotiations with Russia, Belarus and Kazakhstan. In 2014, the talks were put on hold in response to what the West deemed Russia's annexation of Crimea, and the Ukrainian crisis.

The United States, the European Union and some of their allies have imposed several rounds of sanctions targeting key sectors of the Russian economy, as well as a number of individuals and entities, over Crimea’s reunification with Russia and Moscow's alleged involvement in the conflict in Ukraine, which started as Kiev launched a military operation in the country's eastern regions in April 2014.