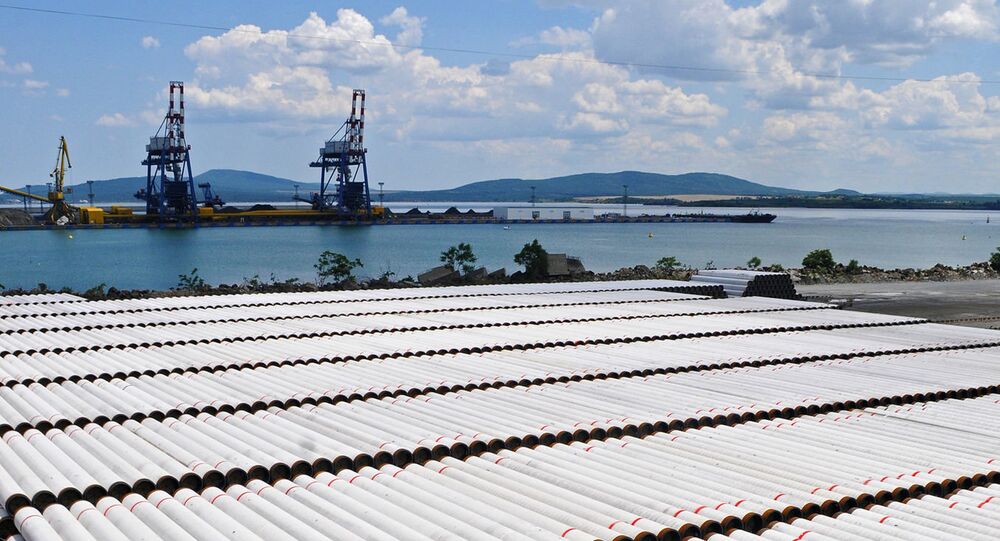 Athens supports the Turkish Stream gas pipeline as it will enhance the energy security in the country and help Greece reach its aim of becoming a regional energy hub, a spokesperson for the Greek Ministry of Environment and Energy told Sputnik.

MOSCOW (Sputnik) — On Monday, Russia and Turkey signed an intergovernmental agreement on the gas pipeline, which envisions the construction of two underwater legs in the Black Sea, with the annual capacity of 15.75 billion cubic meters each. The pipeline is expected to deliver gas from Russia to Turkey and continue to a hub on the Turkish-Greek border, from where the gas could be transferred to other European countries.

“Greece benefits from enhancing energy security, and at the same time we serve our goal, our becoming a regional energy hub,” the spokesperson said.

Thus, he added, Athens is interested in such projects as Poseidon, an offshore Greek-Italian-Russian pipeline project to complete the natural gas corridor from Turkey to Greece, and via an offshore pipeline across the Ionian Sea to Italy.

"We are interested in Russian natural gas transportation via Greece to Italy and the rest of Europe, within the context of European Rules," the spokesperson said.

Commenting on the signing of the Russian-Turkish deal, the spokesperson said that Greece supports diversification of energy sources and routes.

“Diversification of energy sources and routes secures the Europe’s energy security. This is the reason why the Ministry welcomes major energy projects, when they are moving in this direction,” the spokesperson added.

The Turkish Stream and the Southern Gas Corridor projects are not mutually exclusive and contribute to gas price competition, the spokesperson told Sputnik.

“Gas sources are different in the two aforementioned projects [Turkish Stream and Southern Gas Corridor]. They are not mutually exclusive; they are complementary and contribute to promoting competition in prices,” the spokesperson said.

© Photo : turkstream.info
Russia Comes Up With 'Additional Guarantees' to Secure Turkish Stream Deal
The Turkish Stream project was announced in late 2014 by Putin during his state visit to Turkey. In November 2015, the project was suspended after a Russian Su-24 aircraft was downed by a Turkish F-16 fighter in Syria. A thaw in relations between Moscow and Ankara began last June following Turkey's apology to Russia.

In late September, Russia's Gazprom said it had received a majority of permits from Ankara on the construction of the pipeline.