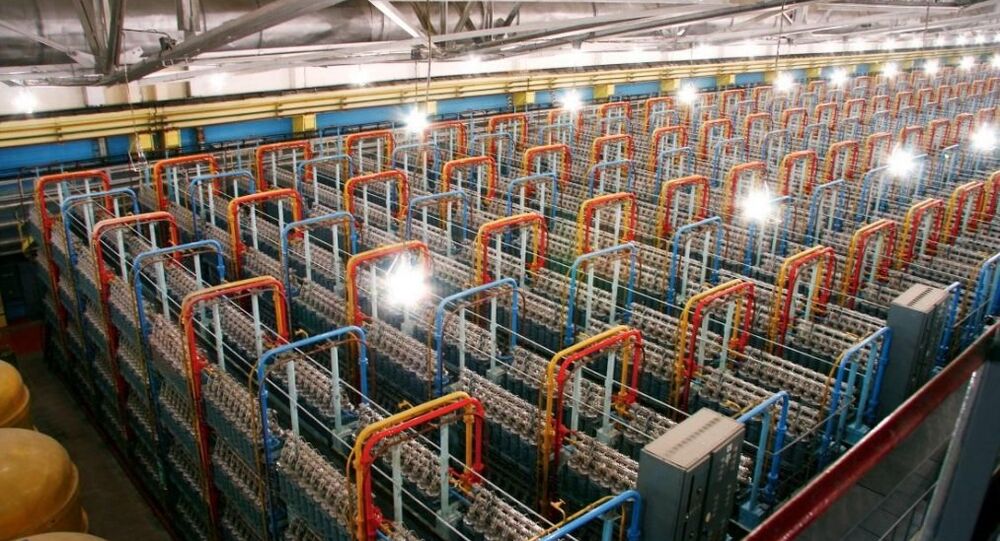 The Russian president shared the details of energy partnership between Moscow and New Delhi in an interview with Sputnik.

MOSCOW (Sputnik) — Russia is working on localizing of manufacturing of components for nuclear power plants in India, cooperation on uranium enrichment is being established, Russian President Vladimir Putin said in an interview with Sputnik and the IANS news agency.

"We are now working on the localization of component manufacturing in India. We began assessing the construction of nuclear power plants at other sites in India. Technological cooperation in the field of uranium enrichment is being established," Putin said.

© Sputnik / Ramil Sitdikov
India to Pay $930Mln for Additional 11% Stake in Russia's Vankor Field
The president added that the two countries were also strengthening cooperation in the conventional energy sector. Putin reminded that in June Russia’s Rosneft and and an Indian consortium signed a contract for the sale of 23.9 percent of shares in Vankorneft, which owns the Vankor field in the Krasnoyarsk Region. Besides, Rosneft sold a stake of shares in the Taas-Yuryakh Neftegazodobycha, a company developing a field in East Siberia, to Indian companies.

"Improving the structure of goods turnover by increasing the deliveries of high technology products and developing industrial cooperation is a topical issue. Well-known Russian companies… are operating in the Indian market," he added.

Russia has loaned India $3.4 billion for the construction of the Kudankulam nuclear power plant, Putin said.

"The energy sector plays an important role in trade and economic cooperation between Russia and India. Construction of the Kudankulam NPP is the largest long-term project. In August 2016, Prime Minister Narendra Modi and I took part in a ceremony dedicated to the handover of the first unit of the Kudankulam NPP to the Republic of India. The second unit will be put into operation in the near future," he said.

"Works are being carried out according to the agreed schedule. The project is implemented with funding from the Russian Federation: the government loan stands at $3.4 billion, or 85 percent of the total value of contracts concluded with the Russian organisations."

© Photo : Russian Embassy, New Delhi
Moscow Bestows ‘Order of Friendship’ on Chief of Kudankulam Nuclear Plant
On Tuesday, the Kremlin announced that Putin’s October 15-16 visit to India, for the BRICS summit in Goa, will include inaugurating Kudankulam nuclear power plant units 3 and 4.

The construction of the Kudankulam NPP was initially agreed by the Soviet Union and India back in 1988, but the project was in limbo. The Nuclear Power Corporation of India and Russia's nuclear agency Rosatom launched a much-delayed joint project to build the Kudankulam NPP in 2012. The first unit reached full capacity in July 2014, and is currently India’s most powerful reactor with a maximum operating capacity of 1,000 megawatt.

In late 2015, Russia and India announced plans to construct from five to six Kudankulam units.