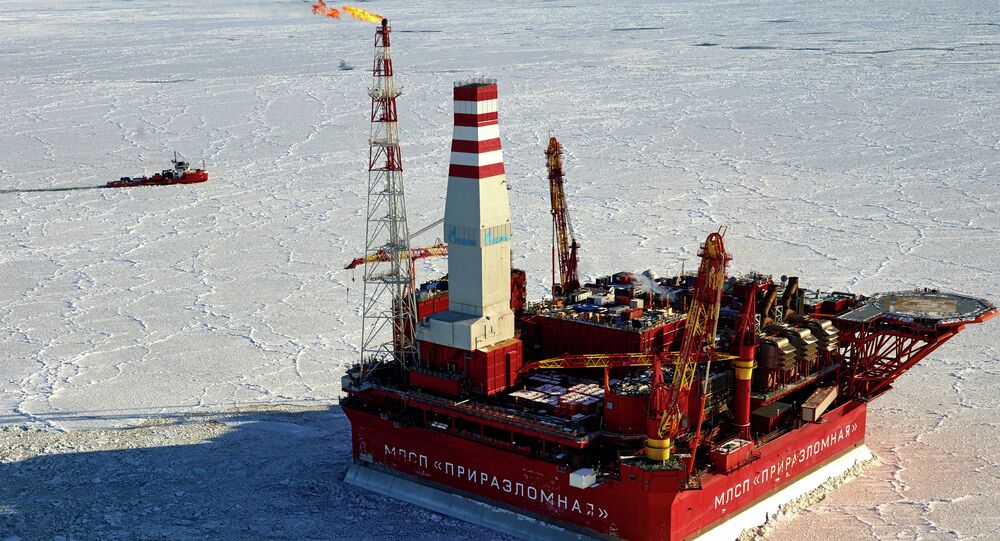 © Wikipedia / Krichevsky
Arctic Development in Action: Russia Commissions Northernmost Onshore Oil Field on Earth
The development of the Arctic has been one of the top priorities of the Russian government over the last several years. The initiative includes not only enhancing military infrastructure in the region but also developing advanced industrial facilities.

Russian President Vladimir Putin underscored that manufacturing capabilities of the Russian defense industry should be refocused to produce advanced civil products. Amid Western sanctions, this goal has become crucial to the Russian economy, especially in relation to the development of the Arctic.

Currently, R&D in the Arctic Region is funded under a special federal program on the development of the Russian R&D industry for 2014-2020. In 2014-2016, the government unveiled funds for 31 R&D projects in the Arctic. In these years, nearly two billion rubles ($32 million) were spent from the federal budget and non-budget sources on Arctic development.

© Sputnik / Igor Zarembo
Norway Explores Arctic's Resources Alongside Russia - Despite Sanctions
St. Petersburg is now becoming the centerpiece of the Artic development program since the city boasts significant industrial and scientific capabilities. Among the leading scientific organizations are the Arctic and Antarctic R&D Institute, the Russian R&D Institute for Geology and Mineral Resources of the World Ocean and the Karpinsky Russian R&D Geological Institute.

Moreover, there are several industrial facilities in the city, such as Rubin Design Bureau and the Baltic Shipyard.

For example, currently a new Russian nuclear-powered icebreaker is being built at the Baltic Shipyard. The Arktika, the first project 22220 class ship and the first nuclear icebreaker to be fully built in modern-day Russia, was successfully launched on June 16.

© Sputnik / Vladimir Baranov
Import Substitution: Glonass Satellites to Switch to Russian Electronics
After sanctions were imposed, many oil and gas projects in Russia risked being suspended because foreign companies were banned from delivering equipment to the Russian industry. However, the difficulties are now being overcome due to cooperation between the oil and gas industry and R&D centers.

Experts of Gazprom Neft Shelf noted that sanctions have created certain difficulties for the company but no projects have been suspended. The company is a subsidiary of Russia’s energy giant Gazprom. It was established for exploring and producing shelf gas and oil.

Western contractors and equipment manufacturers are continuing their partnership with the company. As for the equipment and parts that were not delivered due to sanctions, the company managed to find alternative suppliers.

The current level of development in Russian industries allows for substituting imported equipment with Russian-produced analogues.

"We’re permanently monitoring the situation. Despite the fact that some equipment at the Prirazlomnoye offshore oilfield was imported, the company is gradually switching to domestic or Asian-produced components. This is part of the Russian federal program of imports substitution," a company representative told the Russian weekly magazine Expert.

© Sputnik / Sergey Mamontov
Russian Shipyard Completes Equipping Arktika Icebreaker With Nuclear Reactors
Any industrial project in the Artic would require tons of electric energy, and this is why Russia is also developing floating nuclear power plants.

The Akademik Lomonosov, the first Russian floating NPP, was laid on April 15, 2007. The non-self-propelled vessel was built at the Sevmash Shipyard in Severodvinsk. It was launched in 2010 and is scheduled to become operational in autumn 2019.