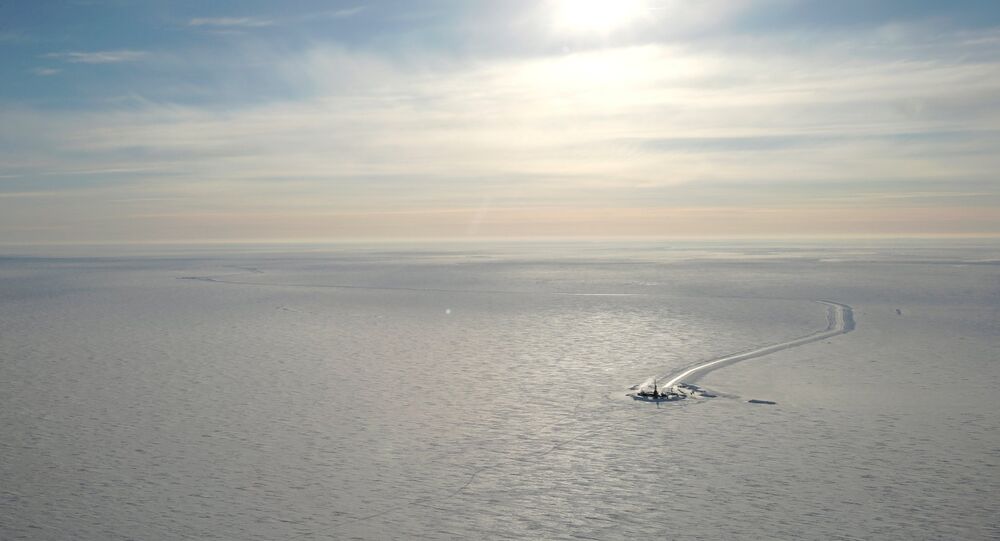 "Based on two wells drilled in early 2016 as well as 126 square miles of existing 3D seismic, Caelus estimates the oil in place under the current leasehold to be 6 billion barrels. Furthermore, the Smith Bay fan complex may contain upwards of 10 billion barrels of oil in place when the adjoining acreage is included," the press release issued Tuesday said.

We are excited to announce a significant light oil discovery on our Smith Bay state leases on Alaska's #NorthSlope: https://t.co/tpuPvcgfUf pic.twitter.com/oiKGXZlJM7

© AFP 2021 / Nicholas KAMM
US Awards $107Mln to Improve Safety in Indian, Alaska Native Communities
It also outlined the important role this discovery could play for the state of Alaska and referenced the state tax credit programs as one of the reasons the Dallas-based company began exploring oil reserves there.

The projected recovery for Smith Bay is about 2.4 billion barrels, which makes it the third largest oil field in Alaska after Prudhoe Bay and Kuparuk River fields, operated by BP and ConocoPhillips, respectively. Caelus Energy is currently developing two smaller fields in Alaska, Nuna and Oooguruk, whose joint recovery is estimated at 215 million barrels.

I applaud Caelus for their major discovery, and their commitment to doing business in Alaska. pic.twitter.com/OLpSUksJMc