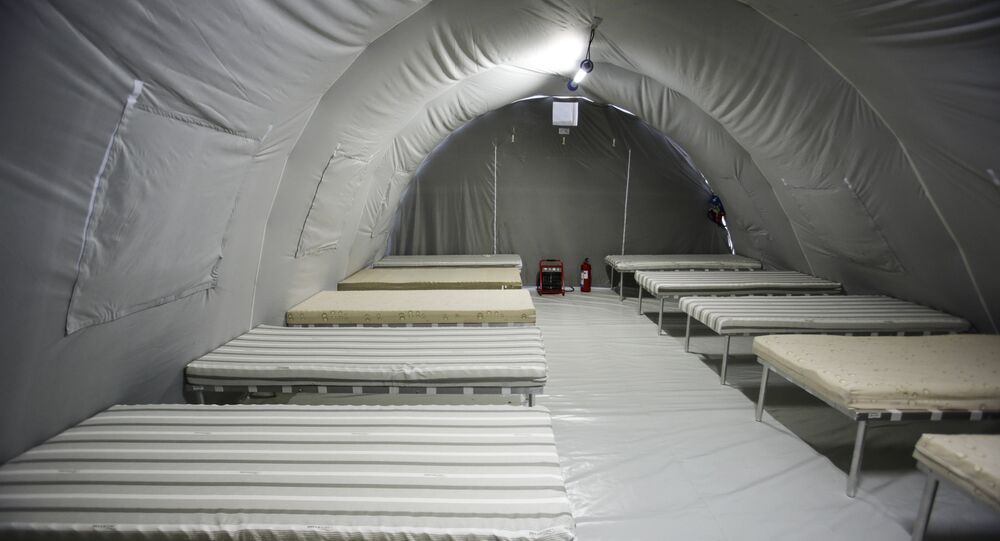 While the peak flows of the migrant crisis have subsided, precautions that Sweden took in the wake of the refugee influx have led to extraneous expenditures to companies providing accommodation.

© AFP 2020 / TT NEWS AGENCY / DRAGO PRVULOVIC
Mental Asylum? Suicidal Refugees Seek Psychological Help in Sweden
So far this year, the Swedish Migration Board has spent 197 million SEK ($23 million) on unused beds for asylum-seekers, Swedish daily Dagens Nyheter reported. Every day, around 2.5 million SEK (around $300,000) of taxpayer money is squandered. The reason is that last year, when the refugee crisis was at its peak, Swedish municipalities signed contracts with private accommodation providers for much longer periods that necessary.

An instance of this "overcautious" strategy involves underage asylum-seekers. Last October, as 9,300 unaccompanied minors claimed asylum in Sweden, numerous contracts with external partners were signed to ensure that all children would be provided for. However, the number of unaccompanied children has since dropped by a staggering 98 percent.

"The Swedish municipalities have some fairly juicy agreements. Maybe they see no reason to cancel them, since they receive a remuneration of up to 1,600 kronor for every empty place," Andersson told Dagens Nyheter.

© Flickr / Kristianstads kommun
Swedes Squabble as Thousands of Migrants Threaten to Settle on Tiny Isle
Meanwhile, profits have been running high among Swedish welfare companies. According to the Swedish tabloid newspaper Aftonbladet, many accommodation providers have in recent years reported profit margins of up to and in many cases over 50 percent. The record, however, was struck by Defakon Renting Ltd, which in 2014 reported an incredible 2,000 percent profit margin.

As tax money keeps flowing straight into the pockets of private entrepreneurs, asylum revenues are used to cover other activities, including golf courses, as was the case of Jokarjo AB, Sweden's largest accommodation operator, Aftonbladet reported.

​"Each misused tax krona is a theft from the Swedish people," Civilian Minister Ardalan Shekarabi of the Social Democratic Party told Aftonbladet.

Ironically, this is not the first time that Shekarabi's name has surfaced in connection with tax money. In 2005, Shekarabi was forced to quit as chairman of the Social Democratic Youth organization (SSU) after accusations of embezzlement.