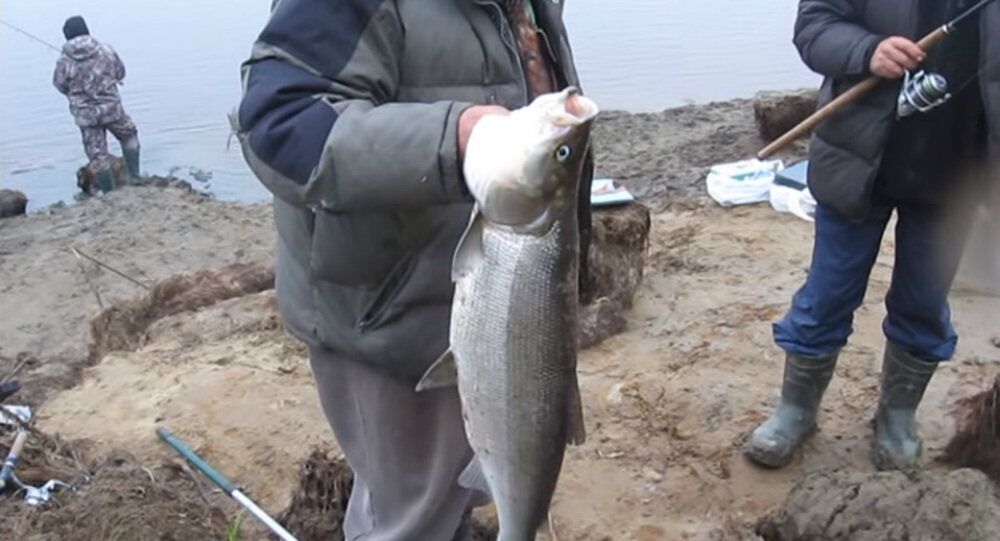 The Nordic countries are renowned for their predilection for fish, such as salmon and trout. Today, Finland is considering the nelma, a Russian whitefish species, as a contender for replacing Norwegian salmon imports.

© Sputnik / Vitaliy Ankov
Russian Language Study Grows in Finland Despite Sanctions Stand-off
The nelma, a fish that is native to Arctic rivers throughout Russia's far north, from the Kola Peninsula to Chukotka, is a silver, migratory predator from the Salmonidae family and is well suited to being farmed, the Natural Resources Institute of Finland (Luke) claims. The first nelma spawn was brought through quarantine from Russia to the Laukaa fishery about six years ago.

"The nelma is great," Petri Heinimaa from Luke told Finnish state broadcaster Yle. "It's big, tastes good and is resilient to diseases," he added.

In nature, nelmas, also known as sheefish and inconnu, can grow up to 1.5 meters in length and weigh over 20 kilograms (44 pounds). The only drawback for industrial farming is that nelmas are slow growers and mature rather late. However, patience is rewarding, as the nelma is delicious as a salted fish, as well as both cold and hot-smoked, and would be a welcome addition to the menu of a gourmet restaurant. By Heinimaa's own admission, the high price may be well offset by the nelma's exquisite taste.

"Its tenderness, size and salmon-like greasiness are well worth the high price per kilogram," Heinimaa said.

​"We've done very well with them," Heinimaa said. "All evidence points to the fact that the nelma is a safe import and may become new boon for the industry."

© AP Photo / Martti Kainulainen/ Lehtikuva
Ho ho ho! Finland Seeks to Save Rudolf With 'Reindeer Bell' App
However, it may take a couple of years before the Finnish-bred nelmas reach grocery stores. At present, Finnish law makes it impossible to plant nelma in natural water areas. Permission might be granted, however, as soon as it has been demonstrated that the species does not harm or interfere with any others.

"In Russia the nelma has become more rare in nature, and is somewhat endangered," Risto Kannel from Luke told Yle. "The Russians tried to farm it there because it's a preferred dish. We want Finns to follow suit as well."

The Natural Resources Institute of Finland aims to deliver nelma spawn to independent fish farms, which number some 200 in Finland.