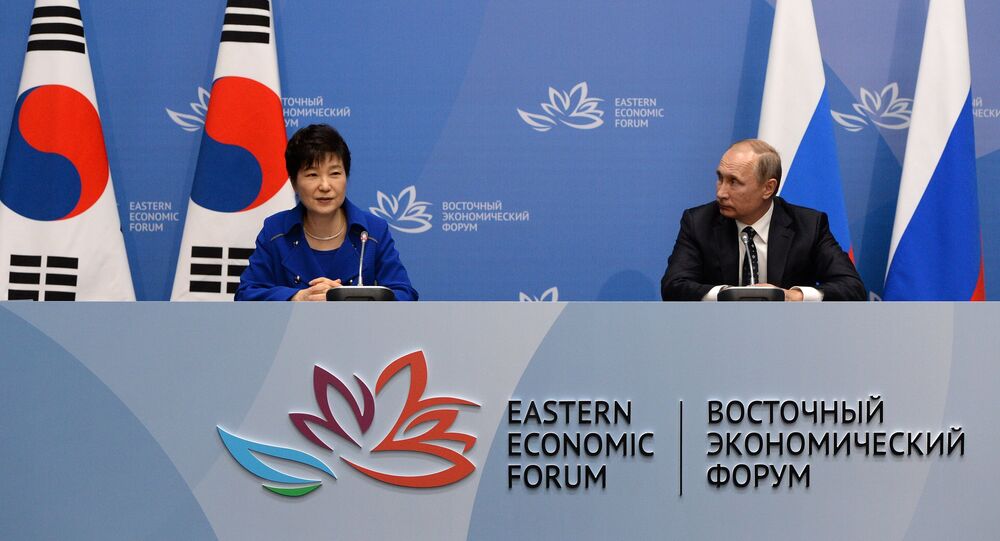 South Korea and the Russian-led Eurasian Economic Union (EEU) are expected to embark on talks to discuss a free trade agreement (FTA) on October 5 at the level of deputy ministers, a diplomatic source close to negotiations told Sputnik.

© REUTERS / Edgar Su/File Photo
EEU to Explore Prospects of Free Trade Area With Singapore
MOSCOW (Sputnik) — Earlier in September, during the talks on the sidelines of the second Eastern Economic Forum (EEF) Russian President Vladimir Putin and South Korean leader Park Geun-hye exchanged views on the results of the joint study on an agreement on free trade between the EEU and South Korea.

"At the end of August, South Korea and EEU concluded conducting a feasibility study on a free trade agreement from academic point of view. On October 5, both sides are considering a meeting at the level of deputy ministers between South Korea and the EEU member-states," the source said.

According to the source, the talks are likely to be held in one of the EEU member states’ capitals.

The EEU is an economic association founded by Russia. It provides for the free movement of goods, services, capital and labor among its five member states, namely Armenia, Belarus, Kazakhstan, Kyrgyzstan and Russia.