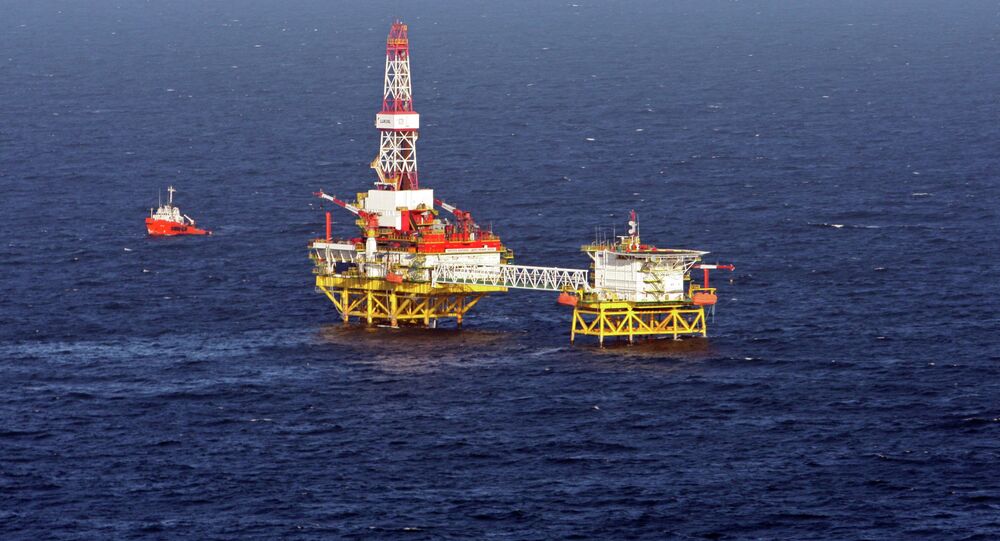 Norway and Russia share a border, and are partners in the exploration of the Arctic's oil and gas reserves. Remarkably, the ties between the industry's largest players are strong enough to defy the EU sanctions that were backed by the Norwegian government.

© AFP 2021 / CORNELIUS POPPE
Angry Norwegians Boil Over 'Anti-Russian' Fence
In 2013, the Russian company LUKoil was awarded two licenses for exploration and drilling on the Norwegian continental shelf in the Barents Sea, prompting it to create a subsidiary with offices in Oslo. Cooperation between Norway and Russia in oil and gas exploration has proceeded despite the Brussels-imposed sanctions against Russia and Moscow's subsequent counter-sanctions.

In 2015, LUKoil received a total of 162.3 million NOK (nearly $20 million) for its exploration projects on the Norwegian shelf, almost twice as much as the year before, Norwegian newspaper ABC Nyheter reported. According to the Russian newspaper Kommersant's interview with LUKoil's president Vagit Alekperov, the company is preparing for drilling in a former "grey area" of the shelf which had been disputed between Russia and Norway for decades. The successful delimitation of the Norwegian-Russian aquatic border in the Barents Sea in 2010 led to a surge in bilateral oil and gas projects.

In May, LUKoil was offered a 20-percent stake in two license blocks located directly along the Norwegian-Russian maritime border. This step was defended by Norwegian Prime Minister Erna Solberg, who during her US visit stressed specifically that Oslo was seeking cooperation with Russia in the far north.

"We have a long history of cooperating with Russia in the high north, even in times of political differences," Solberg said, as quoted by a news outlet, the Maritime Executive.

"I think this could be a very interesting Norwegian-Russian cooperation," Rafaelsen said, as quoted by Norwegian news outlet Nord24.

According to Norwegian petroleum legislation, oil companies are recompensed for 78 percent of their exploration expenditures by the Norwegian state, as an incentive to continue. This measure has been severely criticized by a number of Norwegian politicians for offering foreign actors lucrative pay-offs and indirectly subsidizing fossil fuel pollution.

In April, this policy was defended by Finance Minister Siv Jensen, who also went on to call the oil and gas industry "Norway's most important economy branch."

"Exploration reimbursement is no subsidy. It is good to ensure a diversity of players on the shelf," Jensen wrote in a government note.

© Sputnik / Valery Yarmolenko
Dealing With Russians the Norwegian Way: It's All About Respect and Trust
All in all, the sanctions have left a heavy toll on the Norwegian economy, which is already impeded by low oil prices. The company Norterminal, which was established to build and operate a state-of-the-art oil and gas terminal in the north of Norway for arctic petroleum exports, was given the green light this summer to conduct transshipment outside the town of Kirkenes, but its customer, LUKoil, disappeared.

"Unfortunately for us, LUKoil was forced to establish a transshipment solution of their own in Murmansk," Norterminal's operation manager Odd Arne Haueng told Norwegian broadcaster NRK.

Today, the company is cautiously optimistic about being able to lure back the Russian company with a predictable framework.