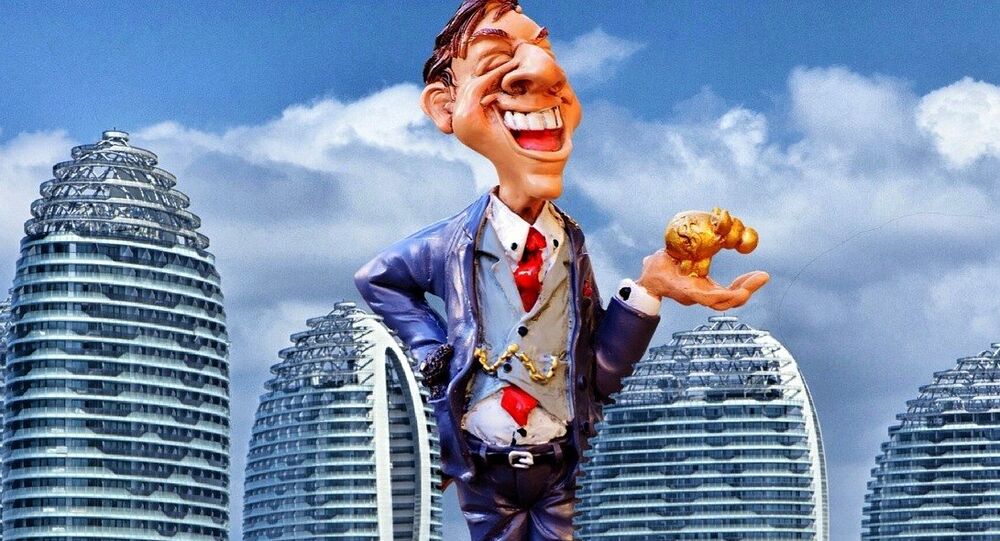 If money equates power and some of the biggest corporations in the world are making more combined money than the GDP of whole countries, that must mean some governments may no longer reign and it's the big earning businesses that could well be in control of everything, with the power to do as they please.

But then we know that already, with the recent Apple tax break in Ireland being a prime example of a government having to bow down to the might of a super global brand with a bulging wallet.

The idea of corporations becoming entities above the law and exempt from the international laws in place for "the rest of us" must be taken seriously, as profit margins continue to rise for the power-house corporates, whilst EU states and countries outside struggle to mange their national books on behalf of the nations they are representing.

69 of top 100 economic entities are corporations not countries. https://t.co/mZPbk0aF5z pic.twitter.com/EDuLwdlET0

According to the Fortune 500 "Top 10" list of highest earning companies in 2016, Walmart tops the scale at a whopping revenue amount of US$482,130 billion (£365,072 billion GBP). The list also includes globally dominating companies such as Shell, Apple, BP, Exxon Mobil, Toyota Motors and China National Petroleum, who all have a combined revenue of billions, notably more than of 180 countries such as Ireland, Indonesia, Israel, Colombia, Greece, South Africa, Iraq, Vietnam and many more.

In what may at first sound like some kind of dystopian premonition for the future, it could one day become common for a government to rely even more on corporations and for absolutely everything in society to be privatized.

So, this means schools being run by a multinational profit-focused corporation and public health services contracted to the likes of big-money-brands. Operational private contracts, such as in border controls and prisons, could already be stashing their profits away in secret offshore accounts.

Even Britain's former PM David Cameron was found to have benefited from offshore tax haven savings, thus making it not unsurprising that the government is able to easily turn a blind eye to considerable tax break possibilities of some of the biggest corporations in the world.

In addition to the financial clout achieved by some of the world's biggest corporations, there is another quite serious concern — big brands choosing to focus on profit-margins over equally important, if not even more so, areas such as ethical working conditions, environmental destruction and issues affecting climate change.

The Sports Direct brand in the UK have very recently been forced to address their draconian working conditions. Oil spills and environmental consequences of profiteering big businesses as well as the countless other unethical practices ignored due to the might of the corporates are regularly uncovered by campaign groups and journalists around the world.

Have we come too far now to be able to make a U-turn on the power, globally dominating corporations, have over societies?

Campaign groups such as Global Justice Now have launched a petition, advocating the UN Human Rights Council to call on governments to begin work on developing a set of legally-binding rules for transnational corporations and reign in the extent of largely uncontrolled power they may have as a result of their revenues.

A set of rules in place to ensure corporations do not simply focus on profits before ethical practices and international laws.

Corporations running the world used to be science fiction — Now it's a reality. https://t.co/3DX30ZumJ7

There are a number of trade organizations such as the Ethical Trading Initiative, which hold some of the biggest brands to account. Or campaign bodies such as Labour Behind The Label, for example, which focus on the fashion industry and also encouraging accountability from brands and reminding everyone, including governments, of the importance of doing so.

In the mean time, the profits and power of the big brands continue to rise…

'The World Needs a Pay Rise': 45 Percent of Families Can't Afford to Live