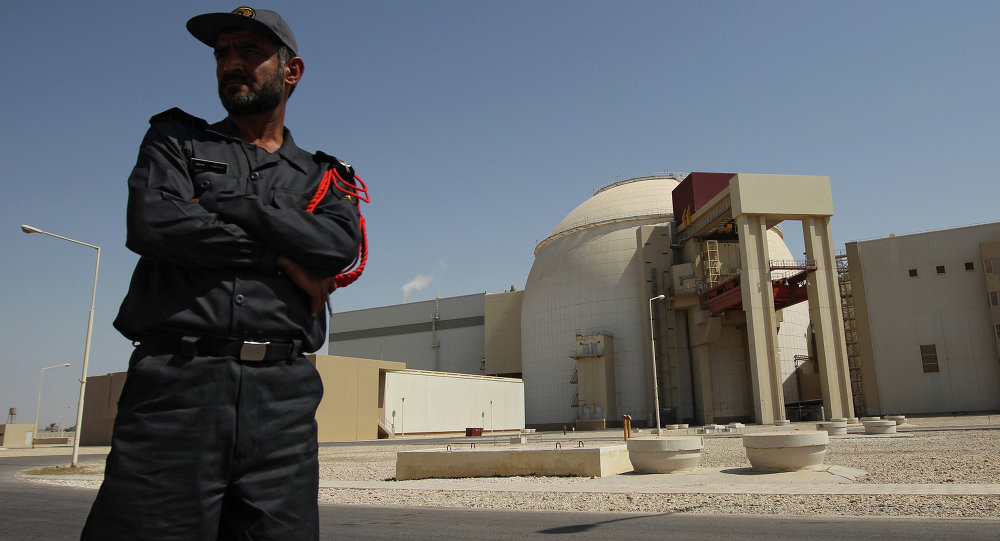 The first stone of the second nuclear reactor of Iran’s Bushehr nuclear power plant was laid on Saturday, marking the start of the launch of the Iran-Russia Bushehr 2 project.

"The construction of the first reactor proved that Russia always fulfills its obligations to foreign partners, regardless of the changes in the political climate."

The Bushehr 2 project was rolled out by Russian nuclear experts in Tehran two years ago. Russia and Iran signed a deal to build the second and third reactors at the site in southern Iran in November 2014, with an option of building six more in the future.

Kirienko said on Saturday that "the second phase of the project is a practical contribution of Rosatom to the expansion of Russian-Iranian cooperation and at the same time a significant step to strengthen Russia’s position on the world market of nuclear technologies in such a promising macro-region as the Middle East."

© AFP 2019 / ATTA KENARE
'A Turning Point': Russia All Set to Build Iran's Bushehr-2 NPP by 2019
Iran’s deal with Russia on the first stage of the Bushehr project, Bushehr 1, goes back to 1992. The nuclear power plant with a single 1,000-megawatt light water reactor was connected to the national electric grid in 2011 and reached full capacity the following year.

The cost of the Bushehr 2 project is estimated at $10 billion. Its implementation is planned to take 10 years.

'A Partner We Can Trust': Iran Chooses Russia to Build Bushehr Nuke Plant