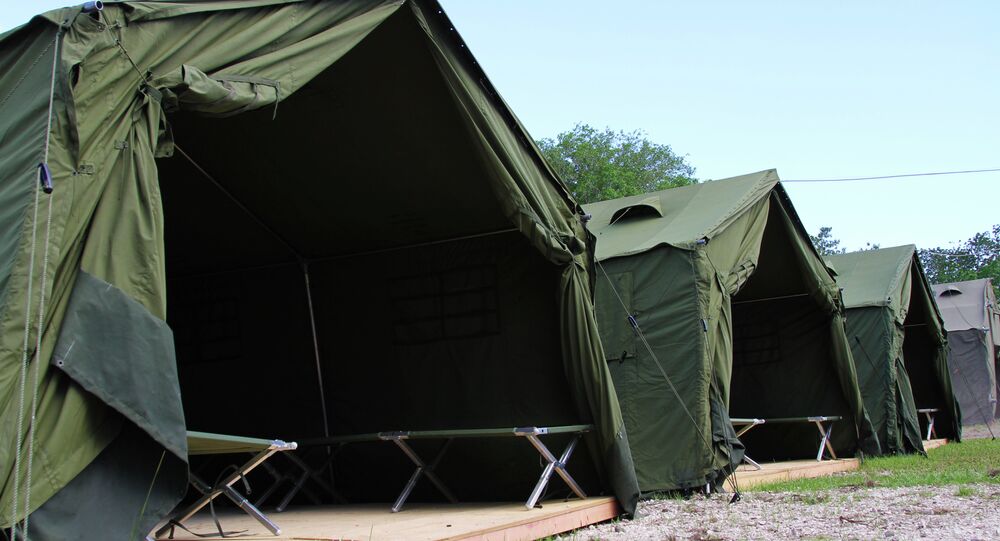 Horrendous as it may sound, for many people the migrant crisis is all about making money. The Norwegian Oil Fund has recently come under fire for being a major shareholder in the company who runs Australia's notorious detention camps on Pacific islands, where violence, child abuse and self-mutilation flourish amid poor living conditions.

© Flickr / Henry Hagnäs
Muslim Banking Spurs Fears of Terrorism Support in Norway
Earlier this year, Australia came under international criticism for keeping thousands of asylum-seekers in closed detention camps on Nauru and Papua New Guinea. Conditions in both camps, run by Ferrovial S.A., a Spanish multinational, were claimed to be downright miserable, with obviously inhuman treatment of the inmates. The Government Pension Fund of Norway, which harbors Norway's oil revenues and is commonly referred to as "the oil fund," is the largest shareholder in Ferrovial. The Norwegian share of 1.7 percent is estimated at 2.5 billion NOK (roughly $310 million)

The Norwegian investments were strictly condemned by human rights watchdogs Amnesty International and Human Rights Watch for apparently contradicting the oil fund's own ethical guidelines. Whereas violence, child abuse and torture all abound in the notorious camps, Ferrovial keeps, together with its investors, harvesting millions of dollars owing to lucrative contracts with Australian authorities. The two human rights groups claimed Canberra was ignoring the inhumane treatment of refugees as a means of deterring others from attempting the journey to Australia.

​"Based on our examination of the facts, it is possible that individual officers at Ferrovial might be exposed to criminal liability for crimes against humanity under the Rome Statute," Diala Shamas, a lawyer at the Stanford clinic, told the Guardian newspaper.

© Flickr / Global Environment Facility
The Nauru Leaks: No Paradise Island for Asylum Seekers Abused by Detention Staff
Like the rest of Ferrovial's partners, the Norwegian oil fund has come under immense pressure to pull out of the inhuman deal.

"We believe that what goes on in the camps is very a serious human rights violation. Therefore, investment in Ferrovial is contrary to the oil fund's own ethical guidelines," Beate Ekeløve-Slydal, political advisor to Amnesty Norway, told Norwegian newspaper Verdens Gang. "What we have uncovered in the camps constitutes gross human rights violations, torture and inhumane treatment. The oil fund is therefore co-responsible for making all this abuse possible," she said.

So far, the Norwegian oil fund has expressed concern over the case, but refused to take direct responsibility.

"We expect our partner companies to respect human rights in their operations," Pension Fund communications manager Helena Østman wrote in an e-mail to Verdens Gang, claiming that the issue was referred to the Ethical Council.

© AP Photo / A D I C
Data on Abuses in Leaked Nauru Files 'Tip of Iceberg' – Former Care Workers
Australia, which maintains a broad network of offshore immigrant detention facilities, reportedly pays poor island state Nauru up to a billion US dollars annually for upkeep of the camps, known for "prison-like" conditions, inadequate medical care, as well as physical and sexual assaults by residents of the area. Security, protection and virtually all other operations at the camps are being outsourced to the private company Broad Spectrum, which this year was bought by Spanish Ferrovial, where the Norwegian oil fund is a major shareholder. The Nauruan government, which is heavily dependent on Australian refugee money, dismissed the reports, detailing sexual and physical violence as "fabricated."