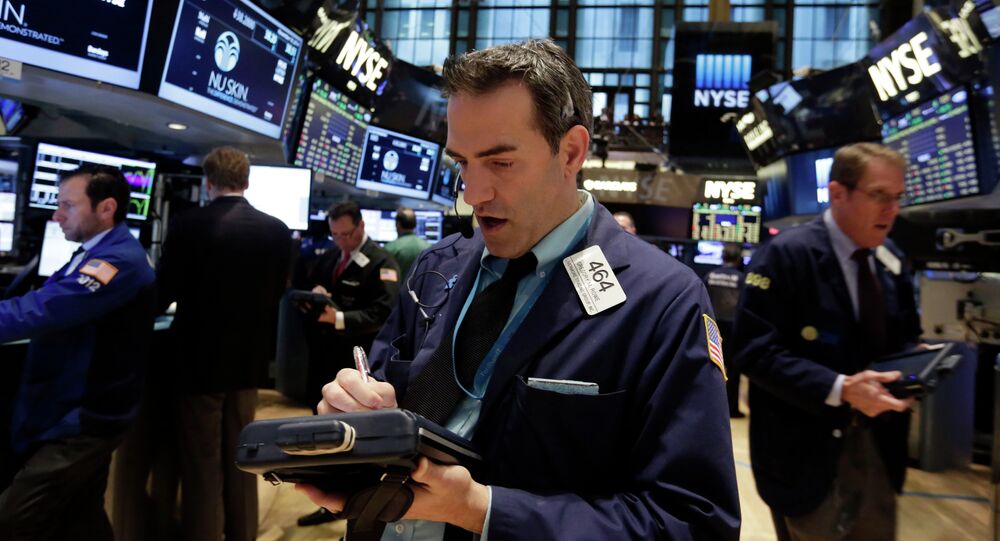 While the S&P 500 index, which sums up the market capitalization of 500 large companies that have common stock listed on the NYSE or NASDAQ, displays a more or less steady growth, there are concerning downward tendencies, according to data gathered by Bloomberg.

According to Bloomberg, the S&P 500 index accords its top 50 companies, the richest 10 percent, as being responsible for over half of total income. For those outside that, capitalization levels are becoming increasingly reduced. In absolute numbers, those 450 lesser companies account for some $385 billion out of the $825 billion total. At the end of 2015 the 450 were capitalized at some $447 billion.

Google's parent company Alphabet, according to Bloomberg, has seen a cash reduction of some 26 percent compared to the previous year. AT&T's cash dropped some 66 percent in the same time period. EBay and NetApp Inc. are also on the list, but the greatest reduction is in US oil sector. For example, Chesapeake Energy Corp's cash reserves of $2.1 billion dropped to some $4 million over one year.

It is not just a case of a "bad month," as S&P 500 companies have reported negative growth six quarters running, with earnings on a steady decline from December 2014. Current total earnings are in the neighborhood of $1.1 trillion, only slightly higher than 2011's $1.072 trillion.

The biggest losers are companies that spent cash on dividends and buybacks. Total S&P 500 buybacks and dividends equal about 128 percent of earnings this year. The companies that spent on infrastructure are on the brighter side, as investors appear to have shifted priorities to favor companies with the largest capital expenditures, over those who decided to return money to shareholders.

According to Bloomberg, S&P 500 companies are currently enjoying near-zero interest rates, a figure unlikely to change until the Federal Reserve's Janet Yellen locks down the key rate. Currently, the S&P 500 are estimated to have a median total debt of around $5.43 billion, in the second quarter, which is the highest level ever recorded, according to Bloomberg.

As incomes decline, however, this so-called debt binge must end. Should interest rates increase, most companies will suffer, according to Michael Arone, chief investment strategist at State Street Global Advisors' US.

"Changes in interest rates will matter very little to Apple's cost of capital, but it certainly will be more painful to others," he said.