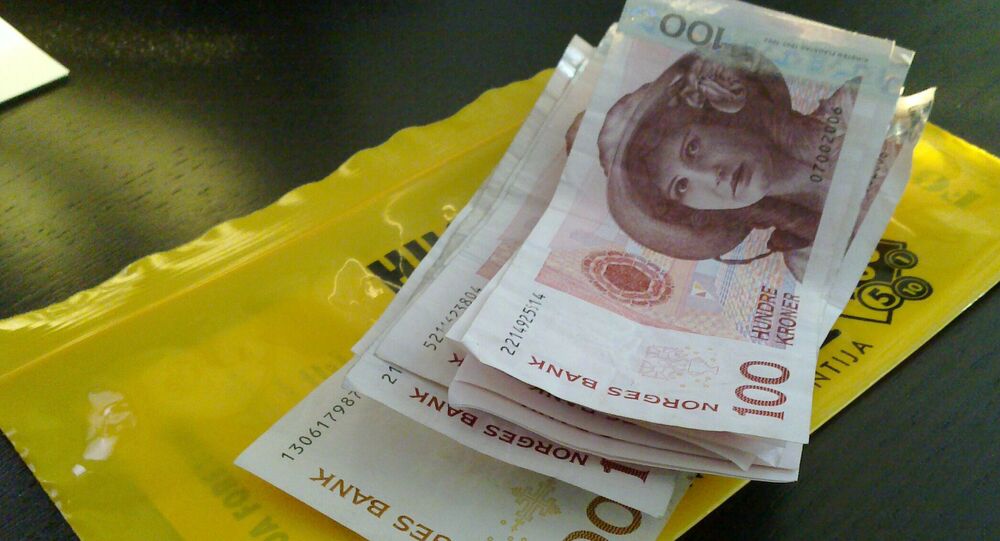 Only roughly a fifth of all the money transferred from Norway each year in accordance with the traditional Muslim Halawa system is being sent by unlicensed firms. The Financial Supervisory Authority of Norway (FSA) therefore suspects a high risk that money is being laundered and sent to terrorists.

Sepi V
Still Swedish Waters Run Deep: Swedish Financing of Terrorism Increases
According to the FSA, only 700 million out of the roughly 4 billion NOK ($84 million out of $500 million) transferred from Norway annually in accordance with Hawala principles is being sent by firms which are properly registered in the country. Norwegian agents who cooperate with foreign payment institutions are therefore in a high risk group for transferring money for supposed criminal or terrorist activity, the Norwegian national broadcaster NRK reported.

Hawala, a huge network of money brokers, primarily located in the Middle East, North Africa, the Horn of Africa, and the Indian subcontinent, operates outside of, or parallel to, traditional banking. It also provides a legitimate service for money transfers between countries that have no functioning banking. According to the FSA, however, the use of Hawala transfers implies a high risk of money being laundered or used to finance terrorism.

According to FSA section manager Ole-Jørgen Karlsen, Hawala businesses could become a channel for sending the proceeds from crimes such as trafficking, prostitution and drug dealing out of the country. The transferred money may be used to finance terrorism in conflict areas around the world.

© Photo : Pixabay
Hijab, Niqab or Burka? Norway Can't Choose Which One Is Good
At present, 13 companies are licensed to operate Hawala operations in Norway and are requested to report to the FSA. However, these only represent a small part of the businesses run according to Hawala principles. Additionally, there are 590 agents that act for foreign companies in Norway. They do not require a license, but in accordance with the EU directives which Norway respects, report to the foreign company's home country. The FSA thus has little direct control over the agents.

"The large number of agents makes it challenging for Norwegian authorities to keep track of where the money goes," Karlsen said.

Norwegian authorities are concerned about the quality of the affiliated actors and want more transparency, supervision and knowledge from the industry itself.

© Photo : dolphingeo.com
Today's Slaves: Rented North Koreans Toil to Build Advanced Norwegian Ship
"Neither we nor any other authority have any ready figures, but several hundred million kroner are being transferred every year, there is little doubt that. This whole business is suitable for transfering funds quickly," Sven Arild Damslora from Norwegian National Authority for the Investigation and Prosecution of Economic and Environmental Crime (Økokrim) told NRK.

Currently, transfer agents are being urged to report suspicious transactions to Norwegian authorities.

Previously, government officials in many countries asserted that Hawala can be used to facilitate money laundering, avoid taxation, and move wealth anonymously.