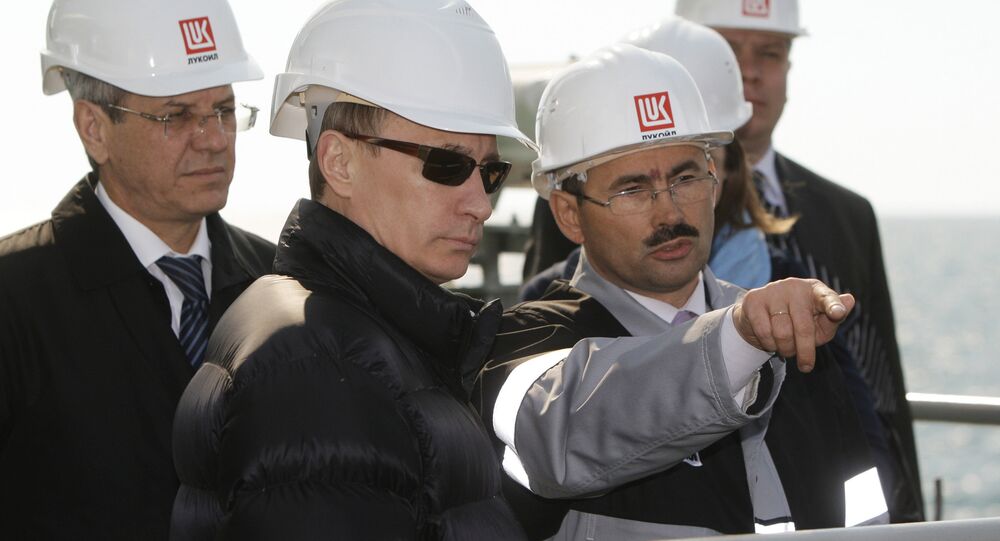 The Russian President shocked commodity traders on Friday calling for a global freeze in oil output to normalize global energy stockpiles with demand in order to bring stability to the economies of oil dependent nations.

On Friday, Russian President Vladimir Putin told Bloomberg at the Eastern Economic Forum in Vladivostok that Moscow supports the idea of a global oil production cap in order to normalize energy commodities prices renewing debate whether agreement can be reached between the Kremlin and OPEC after a similar production freeze proposal between the two parties collapsed in April.

"From the viewpoint of economic sense and logic, then it would be correct to find some sort of compromise," said Putin in the interview. "I am confident that everyone understands that. We believe that this is the right decision for world energy"

The statement comes ahead of Putin’s meeting with Saudi Deputy Crown Prince Mohammed bin Salman at the G20 summit in China fostering hope that the two parties may be able to work out an agreement.

Saudi Arabia has pushed to expand oil production despite a glut of oil inventories due to both expanded supply and diminishing demand in a bid to expand its market share vis-à-vis the United States, Russia and its regional arch nemesis Iran. Riyadh moved to expand production from an already higher than historical point of 10.5 million barrels of oil per day to 12.5 million with further calls to bring another million or two barrels of oil per day on line within the next year.

The glut forced onto the market by Saudi Arabia led to oil prices cascading below the $30 per barrel mark in February effectively bankrupting the US shale oil industry which is not supported by state subsidies to the same degree as foreign oil producers.

The situation with Tehran remains, however, with the Iranians categorically refusing to limit production in April vowing instead to increase their output level to 4 million barrels per day – or the pre-sanction output level.

It may be Russia’s leadership that moves the parties past the current impasse reasserting their position that an output freeze would be beneficial to world energy producers as a whole.

"Our Saudi partners at the last minute changed their view. We didn’t reject the idea of freezing output. Our position hasn’t changed," explained Vladimir Putin. "I would very much like to ohpe that every participant of this market that’s interested in maintaining stable and fair global energy prices will in the end make the necessary decision."

In response to the statement oil prices halted their four-day decline ending nearly 3% higher on Friday with investors optimistic that the Russian President will be able to secure an output freeze in the coming weeks.

Erdogan Thanks Putin for Restarting Charter Flights Between Russia, Turkey