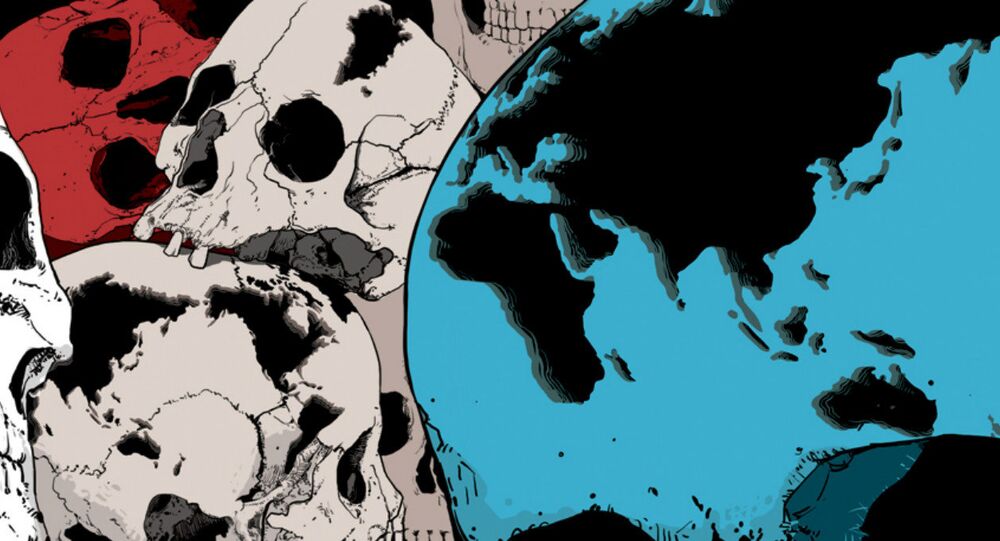 Commenting on a political and economic environment inside Europe which is becoming more and more hostile to globalization, Ernst Wolff, a political economist and specialist on the subject, told Sputnik that the phenomenon is creating more and more 'losers', with the winners hardly anywhere to be found.

Amid growing political instability in low-wage countries, Adidas has begun to move its production out of the Third World and back to Germany, with its German operations expected to be highly automated and minimally reliant on human labor. Meanwhile, just this past weekend, German Economic Minister Sigmar Gabriel won praise inside Germany for announcing that the US-European trade negotiations known as the TTIP have "de facto failed."

Asked to comment on these seemingly disparate events, political economist Ernst Wolff, author of the recently published book 'Pillaging the World: The History and Politics of the IMF', spoke to Sputnik Germany about what they say about the state of the phenomenon of globalization.

© REUTERS / Kai Pfaffenbach
TTIP Dead: Massive US-EU Trade Deal Falls Apart Says German Vice-Chancellor
To begin with, Wolff suggested that Adidas' move is "just the next logical step" in the company's efforts to improve its bottom line and grow the profits of its investors. "The big losers," he noted, "are the workers from Southeast Asia that are losing their jobs and probably won't receive any social protection."

As far as Germany and German workers are concerned, here too the gains will be minimal, the expert noted, since the shoes' new production facilities will be heavily automated. "Here in Germany not a single job will be created. In general, all parties will lose from this measure; only a handful of people will benefit, making their wallets fuller."

Asked whether this recent move by a major global corporation may be some kind of indication that globalization is coming to an end, or that it' at some sort of crossroads, Wolff said that that doesn't believe this to be true.

"I do not think we have reached a turning point, but I think globalization has very seriously changed its face. This has to do more than anything with the technical factor. Around the world, robotics and 3D printer technologies are being developed, meaning that many low-wage jobs, especially in Southeast Asia, can now be replaced by automation. For companies, of course it's much cheaper to produce their goods using machines, since they in turn save on wages. Besides, machines can produce 24 hours a day, 7 days a week."

© Sputnik
The TTIP Trap
At the same time, Wolff suggested that this technological revolution has helped to fuel political and social instability in the traditional producer countries in the Third World, and that this in turn is driving new efforts by companies to withdraw their production.

"Zbigniew Brzezinski, the eminence grise of American politics, published a very interesting article in April, advising America to shift its policy," Wolff noted. "He wrote that the greatest danger in the near future will be the risk of popular uprisings and social unrest in emerging markets and developing countries."

This, Wolff noted, "is directly connected to the fact that many jobs are set to be eliminated and replaced by 3D printers in the industrialized countries. It is impossible for this to happen without social consequences. Therefore, large corporations will attempt to withdraw their production capabilities in these countries."

Furthermore, the expert suggested that while 3D printers and related technologies are revolutionizing the global economy, the fact that they will be able to produce commodities at low cost anywhere in the world also means huge problems for the logistics industry. "Entire fleets of container ships will be eliminated."

At the same time, Wolff suggested this productive revolution will have another effect: "Specifically, it is the owners of the respective licenses who will be the big winners, because everything that is produced with 3D printers is manufactured according to plans and licenses."

© Photo : Pixabay
'Flawed and Ideological': How the 'German' Euro Threatens Europe
And it's not just workers in Southeast Asia or Latin America who have become the losers in the current stage of globalization; so too, "for a long time already, have the workers and the middle class in the United States and Europe."

"Globalization has led to the outsourcing of jobs in the West and to the creation of worse conditions for workers in China, Bangladesh and Pakistan. This, in turn, has had a strong impact on wages in Europe and America, with worker income becoming stagnant or even declining," the analyst said.

"For example," Wolff noted, "the starting wage of a worker at General Motors 25 years ago was $28 an hour. Today it's $12. The workers are the biggest losers, but the middle class is losing out too. If you are a medium-sized entrepreneur with 300-400 employees, it's not so easy for you to outsource all of your production to Asia. But for a large company with 50,000 to 80,000, it costs almost nothing. Medium-sized businesses have been forced to stay in their home countries and to pay higher wages than the large companies [who have shipped out to] South Asia or Latin America."

Recently, anti-globalization sentiment has become a popular element in Western countries' election campaigns. In the US, for example, Republican presidential hopeful Donald Trump has been chalked down as an opponent to globalization. Asked what he thought of the Trump phenomenon, Wolff said that he didn't know exactly what to make of it, but was generally skeptical.

"Trump's hostility to globalization remains a mystery to me. He's promised that he would return jobs to the US, but has not explained under what conditions this will happen. I don't know of any manager of any large corporation who would voluntarily return jobs from Asia back to America and return to paying the old salaries."

© Flickr / Global Justice Now
Brexit is Nail in the Coffin for TTIP, But TAFTA is Still Alive and Kicking
In Germany too, Wolff suggested that economic populism has become a tool used by politicians. According to the expert, Economic Minister Sigmar Gabriel's candid assessment of the TTIP recently was really just pre-election maneuvering. "In my opinion, he too is in election mode, because there are elections coming up in Germany's states." The minister according to Wolff, has indulged in populist sentiments, since he knows that a majority of Germans are dead set against the agreement.

Unfortunately, the expert noted, Gabriel hasn't explained to Germans that he's not really the one in charge of deciding whether the TTIP proceeds or not. "The final decision doesn't really depend [even] on Chancellor Merkel or the German federal government. The decision on whether TTIP will go ahead will be made in Washington, not Berlin."

"Even the largest economy in Europe [Germany] is dependent on the dollar system, and simply isn't in a position to go against the will of the Americans. I am willing to bet that TTIP will become a reality during the coalition CDU/SDP government of Merkel and Gabriel," Wolff concluded.

This is Why US, Europe Cannot Agree on TTIP Trade Deal