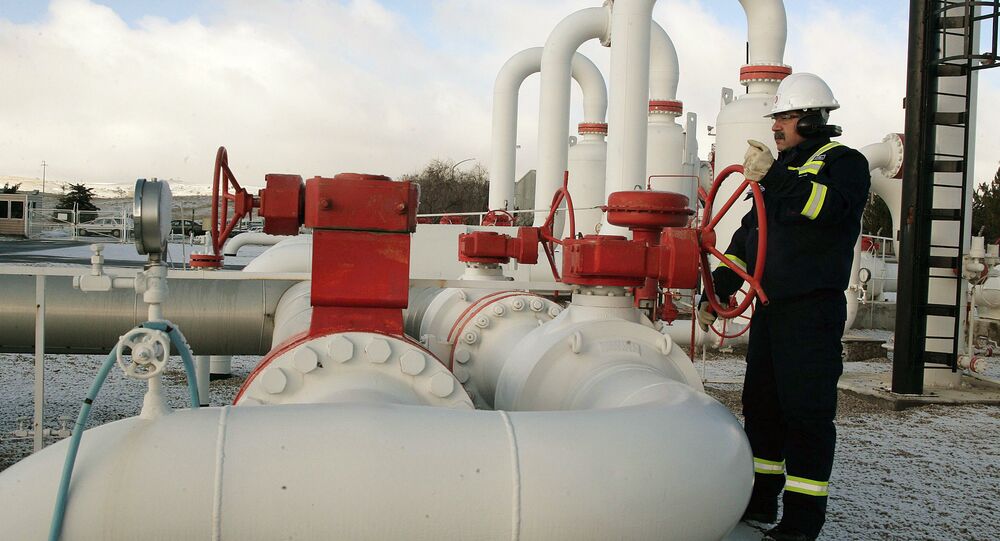 Europe wanted to cut its reliance on Russian gas but after Moscow and Ankara reconciled this dream is unlikely to come true.

"The result of Russia and Turkey’s rapprochement is continued European dependence on Russian natural gas for the foreseeable future," an article in Forbes read.

© AP Photo / Murad Sezer
Gazprom Plans to Update Turkish Stream Project Roadmap
Ties between Moscow and Ankara soured after a Turkish jet shot down a Russian bomber over Syria last year. Russia responded with a package of restrictive measures, including the suspension of a 900-km long gas pipeline across Turkey.

Europe saw the suspension of the Turkish Stream project as a chance to move to alternative sources of energy, such diminishing reliance on Russia as a source of natural gas.

But the geopolitical environment is changing again, the author noted. Russia and Turkey has begun normalizing ties which could result in the revival of Turkish Stream.

According to the article, Europe could move to other sources, including, for example, liquefied natural gas (LNG), from the United States. But any alternatives to Russian gas are costly.

"While Europe may want to disengage geopolitically from Russian influence, cheap Russian gas is addictive. Like any addict, when the supply is easily available, it will be almost impossible for Europe to say no," the article read.

In early-August, it was reported that the resumption of the Turkish Stream project worried European diplomats.

Some in Brussels say that the new pipeline will bolster Moscow’s positions in the European energy market.

According to EU diplomats, after Turkish Stream is ready Ukraine will lose its transit status and the European dependency on Russian natural gas will increase.

© REUTERS / Maxim Shemetov
Russia's Gazprom Sees Risks to Gas Transit to Europe This Winter - Spokesperson
"Turkey's new friendship with Russia might become an issue if Russia tries to replace Turkey for Ukraine," a senior EU official was quoted as saying by Reuters. "It makes sense for Turkey to get cheap gas from Russia, but it will come with strings attached: That is likely to be a problem for us."

Russia is unlikely to abandon the Ukrainian transit route and is interested in strengthening its gas-exporting infrastructure, Alexander Pasechnik, senior analyst at the National Fund for Energy Security, said.

"Moscow will not abandon Ukraine as a transit country. It will be used as a reserve route. Taking into account the Ukrainian transit system, Russia would have an abundance of gas transit capacities which is good for energy security," he told the Russian analytical website Svobodnaya Pressa.

According to the expert, sooner or later Europe will once again see economic growth and will need more gas supplies.

"The consumption of natural gas is already growing in Europe. Prices are very attractive," Pasechnik said.