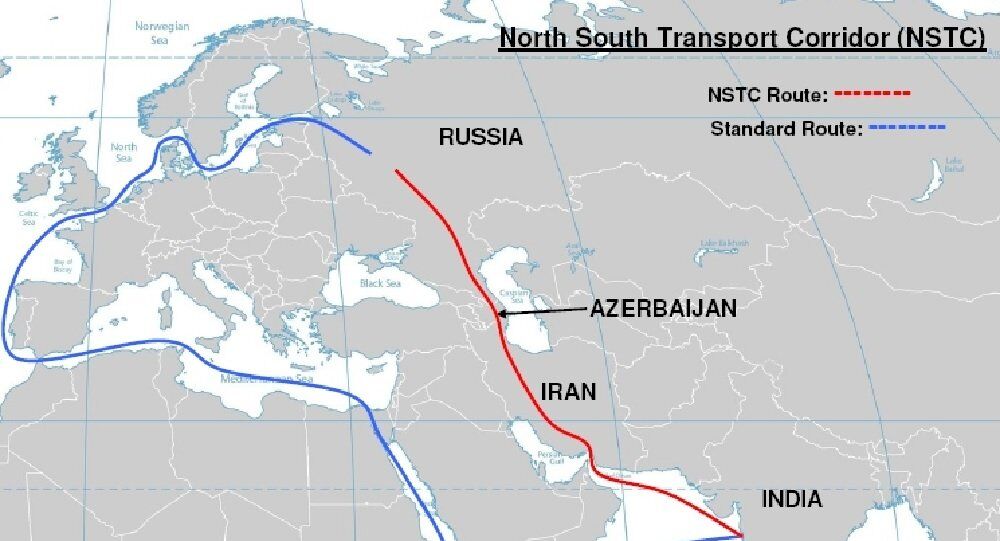 BAKU (Sputnik) — On August 8, Russian, Iranian and Azerbaijan presidents, Vladimir Putin, Hassan Rouhani and Ilham Aliyev respectively, held the meeting in Baku. According to Aliyev, the talks were intense and the presidents of the three countries managed to discuss a wide range of international issues, as well as certain issues of regional cooperation.

© Sputnik
Baku Summit to Enrich Persian Gulf With Caspian Sea Resources
The North-South Transport Corridor project aims to reduce the costs and the time of ship, rail and road deliveries to and from Russia, India, Iran, Azerbaijan and other countries located along the route.

Rouhani proposed to hold the next trilateral meeting in Iran. Transport, Energy and Foreign ministers of the three countries are expected to hold a meeting in Tehran as part of the preparations for the event.

SOCAR Interested in Cooperation With Iran, Russia in Caspian Sea