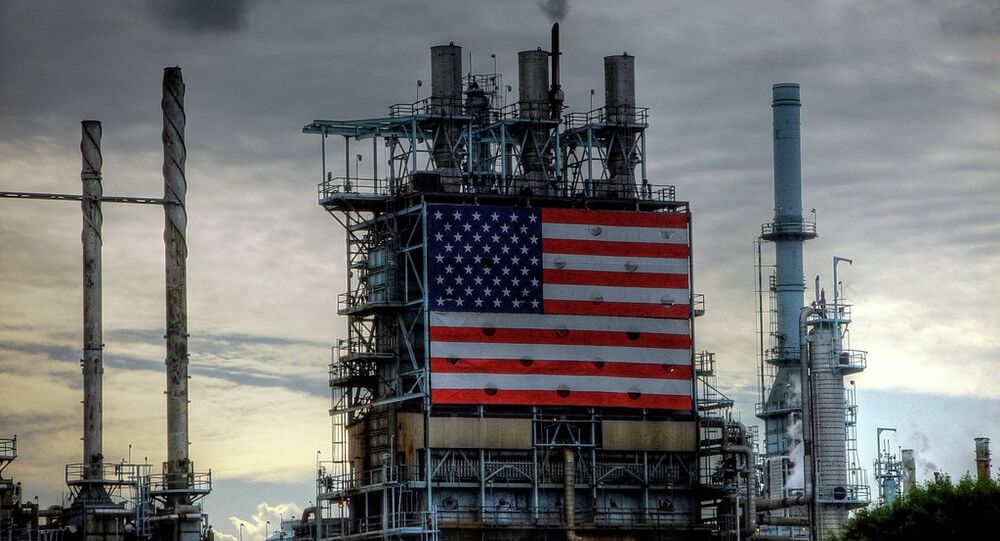 US labor productivity has declined for the third consecutive quarter, suggesting lower inflation and slower growth, as well as marring the short-term job market outlook.

Kristian Rouz — Labor productivity declined for the third consecutive quarter in 2Q16, adding to recession concerns amid declining corporate profits. One of the key indicators to the projected pace of economic expansion, productivity had declined despite optimistic anticipations, undermining the expectations of payroll gains, therefore entailing murkier perception of consumer confidence and inflation, resulting in lower GDP gains projected into Q3.

According to a report from Labor Department, US non-farm productivity slid an annualized 0.5 percent in 2Q16, extending the losing streak to three quarters straight, the longest period of compressed labor efficiency since 1979. Work hours increased quicker than output during the period, suggesting the competitiveness of the new jobs created is lower in the open market environment.

"Since the recession the underlying trend in productivity growth has been particularly subdued and at historical low levels," Blerina Uruçi of Barclays wrote in a note to clients.

In 1Q16, the measure had dropped 0.6 percent, unrevised in the more recent report, whilst in 4Q15 labor efficiency had declined as well amidst the robust gains in new payrolls. The estimates put additional strain on the view at labor market's strength.

"The reason the economy has still been able to expand is because of labor input. Firms are hiring people at a reasonably healthy rate," Joseph LaVorgna of the New York branch of Deutsche Bank Securities said. "However, we do not believe this can last, because strong hiring in the face of weak productivity necessarily implies a further deterioration in corporate profit margins."

Subsequently, as private sector competitiveness and profits are subject to increased downward pressure, the outlook on the broader economy gains in 3Q16 is likely subdued, contrary to the Atlanta Fed's optimistic estimate of 3.8 percent annualized gain, as observed recently.

Productivity also has been declining at the fastest pace in three years, resulting in a likely slowdown in job gains and putting salaries and wages under pressure as well, exacerbating the already persistent stickiness in wage growth. Non-farm jobs added roughly 500,000 in June and July combined.

Unit labor expenses gained 2.0 percent in Q2 for non-farm businesses year-on-year after having retreated 0.2 percent in 1Q16. Previous expectations of an advance in labor costs for 2Q16 stood at 4.5 percent, whilst productivity had been projected to gain 0.4 percent in Q2.

Aside of affecting the macroeconomic outlook, productivity numbers are an additional clue to the Federal Reserve's policies. With raises in the benchmark rate hardly expected at this point, a lower labor efficiency likely will add to the Fed's dovishness.

"Understanding whether, and by how much, productivity growth will pick up is a crucial part of the economic outlook," Janet Yellen, chair of the Fed, said in June. "Economists are divided. Some are relatively optimistic, pointing to the continuing pace of innovations that promise revolutionary technologies, from genetically tailored medical therapies to self-driving cars. Others believe that the low-hanging fruit of innovation largely has been picked and that there is simply less scope for further gains."

Amidst the unimpressive performance of the corporate sector, and the overall private sector struggle for competitiveness due to the influx of imported goods and services, business investment is likely to slow further due to weakening productivity. Non-residential investment has also declined for the past three quarters, as reported by the Commerce Department.

© Flickr / Chris Goldberg
Stagnation? US GDP to Remain Flat at 1 Percent in Q3, Q4
"During this downturn, we have been extremely disciplined in our capital deployment and going forward, we will continue to maintain the same rigor," Kimberly Ross, CFO for the oil company Baker Hughes, said last month. With energy sector, lower oil prices are another factor, yet the productivity concern only adds to the bearish expectations.

Consequently, the expectations on broader economic growth might be not as bright as Atlanta Fed's, yet, as observed by Yellen, the implementation of the cost- and time-saving technology and innovation might save the day.

"Innovations are everywhere, in cancer research, iPhone apps, Olympic sports training, cloud computing — they are just not showing up in the GDP accounts," Patrick Newport of Lexington, MA-based IHS Global Insight said. "Are we just about running in place or is the radar that measures growth malfunctioning? It's both. Productivity growth is understated. Economists are just unsure by how much."