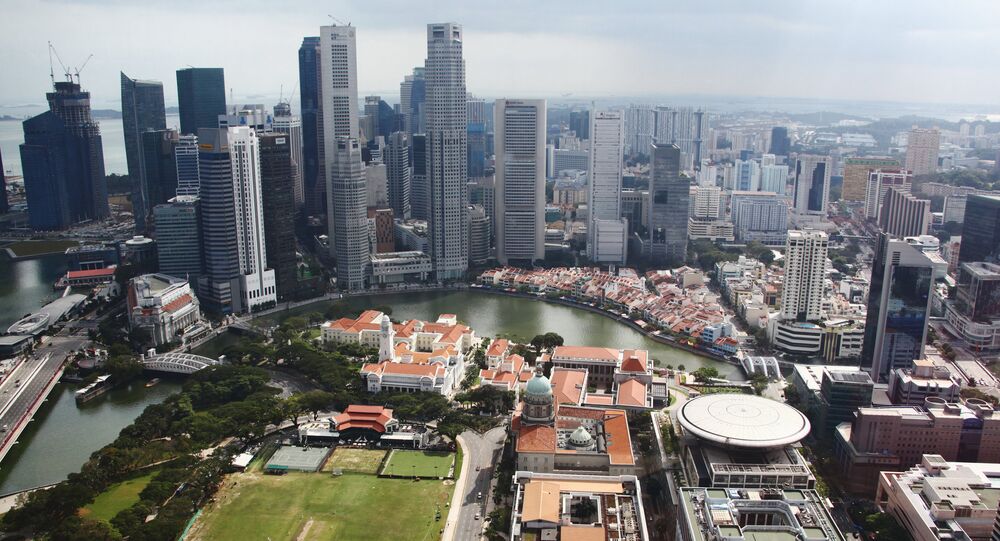 Singapore "fervently hopes" that Washington will continue its domination in the Asia-Pacific region and ratify the Trans-Pacific Partnership free trade agreement.

WASHINGTON (Sputnik) — Singapore is hopeful that the US Congress will sign the Trans-Pacific Partnership (TPP) trade deal in the near future, Singapore’s Prime Minister Lee Hsien Loong stated on Tuesday during an arrival ceremony at the White House.

“Singapore fervently hopes that the US will stay engaged and maintain its indispensable role in the Asia-Pacific. In particular, we hope — and I’m sure the President [Barack Obama] shares this hope — that Congress will ratify the TPP soon,” Lee said.

© AP Photo
'Questionable Benefit': TPP Under Threat Over 'Corporate Court' Clause
Lee added that the TPP would send a “vital signal” that the United States continues to lead in the Asia Pacific region.

On October 5, 12 countries of the Pacific Rim region reached an agreement on the wording and subject matter of the TPP trade deal, intended to deregulate trade among the signatories which together make up some 40 percent of the world economy.