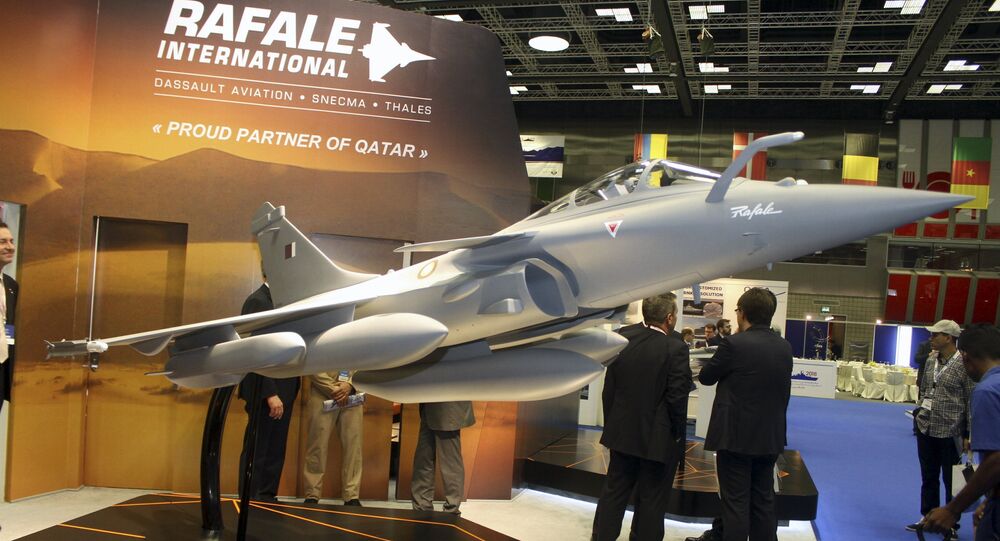 Long-awaited deal on Rafale fighter jets between Paris and New Delhi is waiting for the clearance by the India's Cabinet Committee on Security Affairs, a source in the Indian Defense Ministry told Sputnik on Monday.

© REUTERS / Regis Duvignau/Files
India Set to Miss Another Promise Over Rafale Fighter Jet Deal
NEW DELHI (Sputnik) — The two countries have been in talks on Rafales since 2012 but disagreements on the pricing and India’s demands for additional guarantees have hindered the signing.

"Rafale deal is still in a state of uncertainty as negotiations are not fully completed," the source added.

In January 2016, India and France signed an intergovernmental agreement on the purchase of the 36 Rafale fighter jets. The French Dassault aviation manufacturer first asked almost $12 billion for the aircraft, while New Delhi demanded a 30-percent cut to the price. In May, Paris has agreed to decrease the pricing by some 7-8 percent, thus the France’s current offer stands at some $8.6 billion.