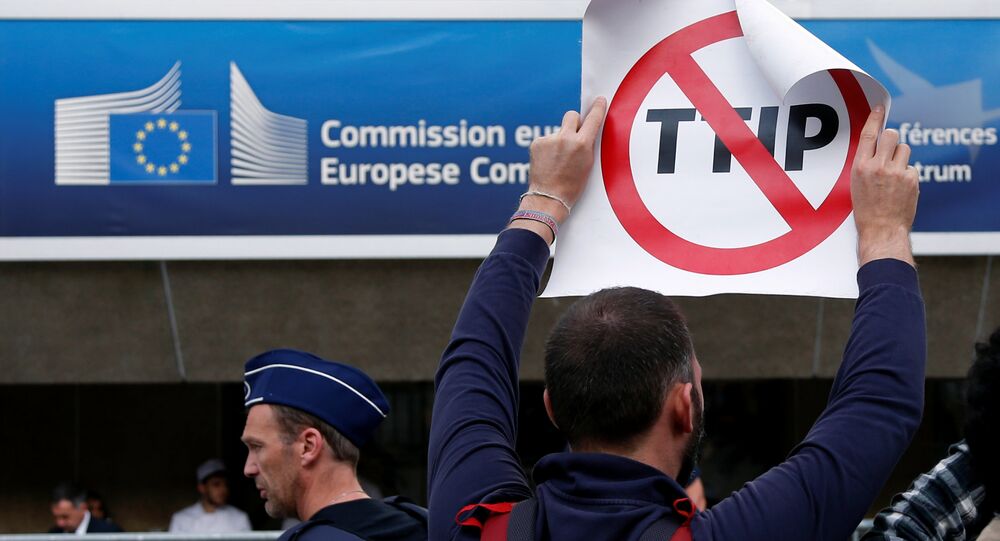 German coordinator for transatlantic cooperation Juergen Hardt will travel to the United States and Canada this week in a bid to promote closer economic ties, the German Foreign Office said Monday.

Before departing to Seattle, a US seaport on the West Coast, the foreign policy spokesman for Merkel’s Christian Democrats said that, "Seattle is a dynamic center of economy and growth that offers a big potential for further deepening of transatlantic ties – especially in the economic sphere."

Germany has been a major driving force behind EU-US and EU-Canada talks on the free trade deals. The TTIP pact has been under discussion behind closed doors for over two years and became quite controversial. The Comprehensive Economic and Trade Agreement (CETA) has been in the making for seven years but has not come into effect yet.

© REUTERS / Francois Lenoir
Hans-Juergen Papier: EU Should Pause TTIP Talks for Constitutional Reasons
In Seattle, Hardt will also meet with US lawmakers to feel the "internal political pulse of the ongoing US election campaign," before moving on to the Western Canadian city of Vancouver.

"Western Canada is equally characterized by dynamic economy and growth. In order to fully benefit from growth and employment opportunities on both sides of the Atlantic, I call for the soonest signing of the CETA trade agreement," Hardt said.

In Vancouver, the German lawmaker is scheduled to meet with members of the British Columbia legislature to promote tighter cooperation between Germany and Canada. He said it was important for Europe to strengthen dialog in places that are far away from it geographically.