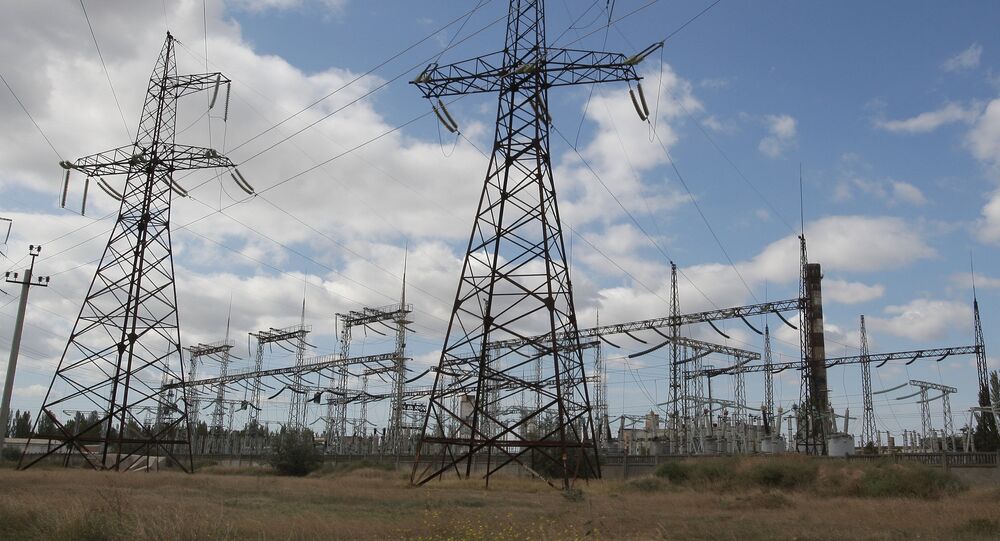 "The August meeting between the presidents of Azerbaijan, Russia and Iran will be promising in terms of resolving a number of issues, achieving concrete results and completing the project in the near future. Azerbaijan is technically fully prepared to join its energy system with that of Russia and Iran," the minister said in an article published by Azerbaijan's official newspapers.

© AP Photo / Hasan Jamali
Azerbaijani Energy Minister Says Oil Prices at $80 per Bbl Acceptable for All Sides
The sides are currently in discussions on kick-starting a trilateral working group that would deal with technical and organizational aspects of integrating the electric grids of Russia, Iran and Azerbaijan, he added, noting that Iran is expected to receive up to 700 megawatts of energy per year once the linkup is complete.

"Given that the Iranian system is synchronized with Armenia's, trilateral work continues on the technical aspects of matching the operation of the Azerbaijani, Russian and Iranian systems… The next trilateral meeting on the matter will take place in Moscow," Aliyev said.

In December, Armenia, Georgia, Iran and Russia signed a memorandum on increasing control over the mutual exchange of electric energy, which included stipulations on the creation of a North-South energy corridor. In April, the four countries' energy ministers agreed to a roadmap to create the corridor by 2019.