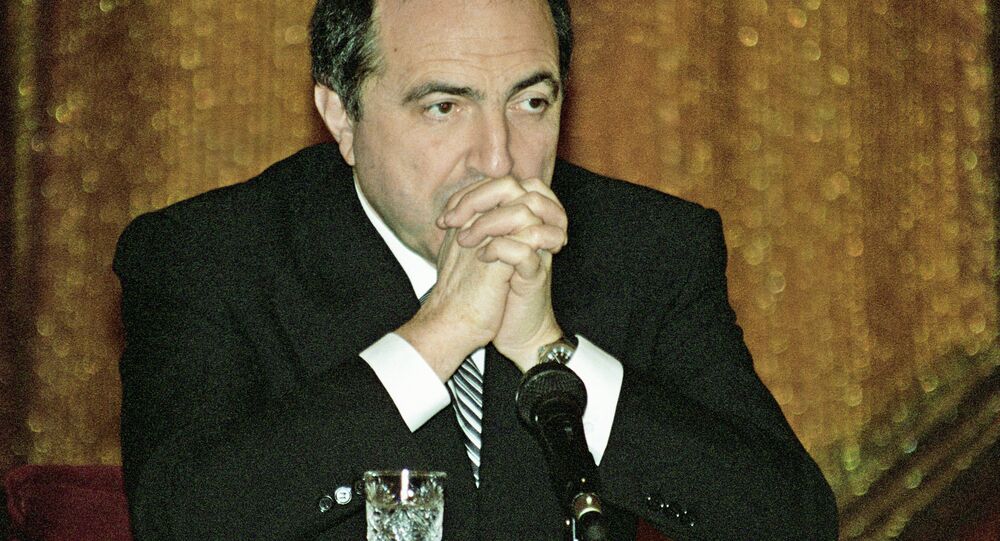 © AFP 2021 / Emmanuel Dunand
Moody's: Brexit to Cause Credit Challenges for US Commercial Real Estate Companies
LONDON (Sputnik) — Berezovsky's estate is estimated to value about 34 million pounds ($45 million), yet creditors' claims still remain to be paid which will substantially decrease this amount, the judge was quoted as saying by Sky News.

"The sum is currently the estate's only asset. Since the estate has substantial creditors running into hundreds of millions of pounds, it is hopelessly insolvent," Arnold said.

Berezovsky's former partner Elena Gorbunova filed a lawsuit against him in late 2012 for a share of the proceeds of the sale of their home. She was in a relationship with Berezovsky between 1991 and 2012. The couple has two children.

Berezovsky was a Russian oligarch, who had been living in the United Kingdom since 2000 in a self-imposed exile due to charges of fraud, failing to repatriate foreign currency revenues, and abuse of office in Russia against him, before his death in March 2013.

Investigators concluded that he died from hanging and that there was no evidence of external involvement. Some UK media outlets claimed the businessman was on the verge of bankruptcy at the time of his death. He is believed to have left his estate more than 300 million pounds in debt when he died.

What Sanctions? US Companies Can’t Get Enough of Russian Real Estate