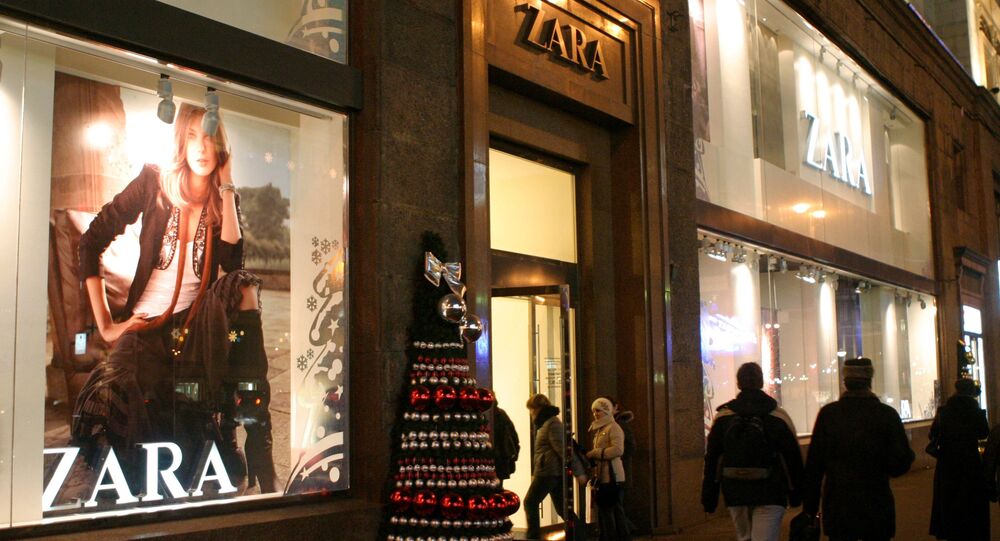 The Spanish company Inditex, which owns the brand Zara, has published an environmental program, whose main goal would be to commit to the “circular economy” model in all phases of its production.

Twitter/@MaggieMcMuff
Airline Requires Burlesque Dancer ‘Maggie McMuffin’ to Put Some Clothes On
As part of their new project, company will begin to cooperate with the Austrian company Lenzing. Together, they will engage in the development of premium fabrics from textile waste, hence introducing recycling of old clothes.

Lenzing will receive 500 tons of waste for recycling into new material. “It's enough to produce about 48 million pieces of garments,” ProFashion reported chief executive of Inditex, Pablo Isla, as saying.

Meanwhile, the Austrian company Lenzing, is set to debut a new type of Tencel derived from cotton waste, to help it create “premium textile raw materials” from its fabric scraps.

The project will commence with about 500 tons of textile waste, “with the aim of raising this to around 3,000 tons within a few years,” online publication Ecouterre reported Inditex as saying.

Hence, to fulfill the environmental strategy, Zara stores will start collecting second-hand clothes. The pilot project will start in Madrid and in the future will spread all over the country.

Inditex operates brands such as Zara, Pull & Bear, Bershka and others. The company's founder is a Spanish businessman Amancio Ortega, who was named the richest businessman of 2015 according to Forbes magazine.

Inditex follows in the footsteps of competitors such as H&M, which launched the world’s first global clothes-recycling program in 2012 and Nike which already integrates its own recycled waste into its products.