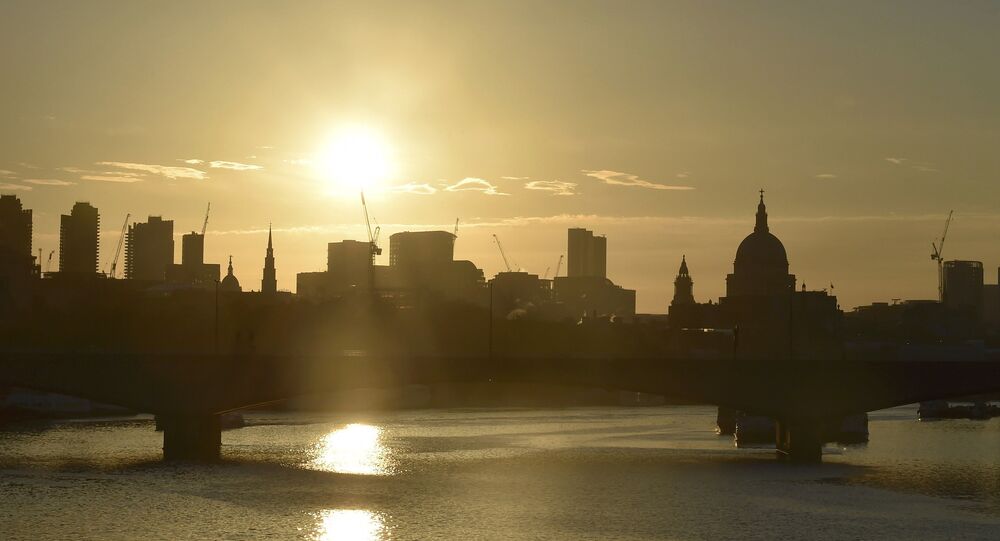 Volatility in the currency markets stemming from Britain’s decision to leave the EU, accompanied by the renewed appreciation of the dollar, poses significant challenges to the profitability of international trade in goods and services.

© Flickr / frankieleon
US Dollar Climbs to Four-Month High Amid Wave of Global Easing
Kristian Rouz — After the pound and the euro sustained FX rate volatility amid post-Brexit market anxiety, with select emerging market currencies tumbling and the dollar appreciating on the Federal Reserve's policy expectations, multinational companies are poised to suffer the downside effects of the potential spillovers and trade disruptions.

While the dollar's strength is likely to hit US-based financials and manufacturers, a broader range of international companies are also at risk. Global currency wars have not subsided yet, as select export-reliant economies continue to struggle with their balance sheets, and the post-Brexit currency risks might only propel them to a new level.

As the 2Q16 corporate earnings season is in full-steam in the US, multinationals are poised to suffer losses of between $35 and $40 bln due to the disruptive effects that Brexit caused to international trade via its FX rate implications, a Wednesday report by FiREapps suggested. These losses in profitability are likely to continue throughout the next several quarters as exposure to the Brexit-stirred risks was high among a wide range of corporate world heavyweights — few in the industry expected the ‘Out' vote to prevail in Albion.

Scottsdale, Arizona-based FiREapps said they are expecting a full-scale currency crisis stemming from the UK's exodus from the European Union, as the bloc's economy will shrink within the coming several years, while the effects on the currency are playing out more quickly as investors price in expectations. The crisis might trigger "significant impacts on the income statements of companies who did not prepare for Brexit," Wolfgang Koester, FiREapps' CEO, said as reported by Reuters.

© REUTERS / Wolfgang Rattay
Worse to Worse: ECB Preparing for Brexit Scenario as Banks Crumble
Regional disintegration could potentially lead to severe discrepancies in FX rate expectations, with the British pound and the euro likely widening the exchange rate gap. This, coupled with the Fed-inflicted appreciation of the dollar, could depress select emerging market currencies, boosting their export expectations, yet negatively reflecting on their balance sheet performance.

Meanwhile, the dollar FX rate fluctuations could limit the export of technology to nations which rely on manufacturing, undermining their ability to maintain their current, already-dismal trade balances.

"We typically don't look ahead in our currency impact report, but… It would not surprise us to see record-setting reports of negative impacts totaling as much as $35-40 billion as a result of this latest crisis," Koester wrote.

In 1Q16, currency fluctuations slashed some $20.03 bln off US, Canadian and European enterprises' profits, the lowest figure since 2Q15, when the negative spillovers cost corporations some $19.49 bln. In North America alone, corporations lost $16.88 bln in 1Q16, compared to $33.94 bln in 4Q15, when the Fed hiked base interest rates, resulting in the dollar's subsequent surge. At the early stages of the Fed monetary tightening cycle, in 3Q14, for example, the negative FX rate effects cost the corporate sector just $4 bln.

Meanwhile, the 1Q16 loss figures are perhaps the lowest for this year, and are poised to rise. The dollar had been sliding against its major peers throughout the first quarter (4.1 percent down during the period), but now the greenback is rallying again (a 3.8 percent rise since the Brexit referendum on 23 June alone).

"The consequence of the ongoing uncertainty in markets, where we see two of the big three global central banks still biased toward additional monetary easing, and ongoing uncertainty regarding the UK, with potential easing there, is that the dollar is going to be a beneficiary," Jeremy Stretch of the Canadian Imperial Bank of Commerce in London said.

Had a very good meeting with @Nigel_Farage. We must support our critical ally as they move through #Brexit process. pic.twitter.com/cN6RPYnFel

​Additionally, Brexit turned out to be a disinflationary shock for select export-reliant emerging markets, including mainland China, meaning Beijing might struggle to abstain from further currency devaluations. If Beijing fails to contain the renminbi's slide, the downside effects would weigh on international investors' sentiment, propelling flight for safety, further boosting fixed-income assets and undermining international production and exchange in goods and services.