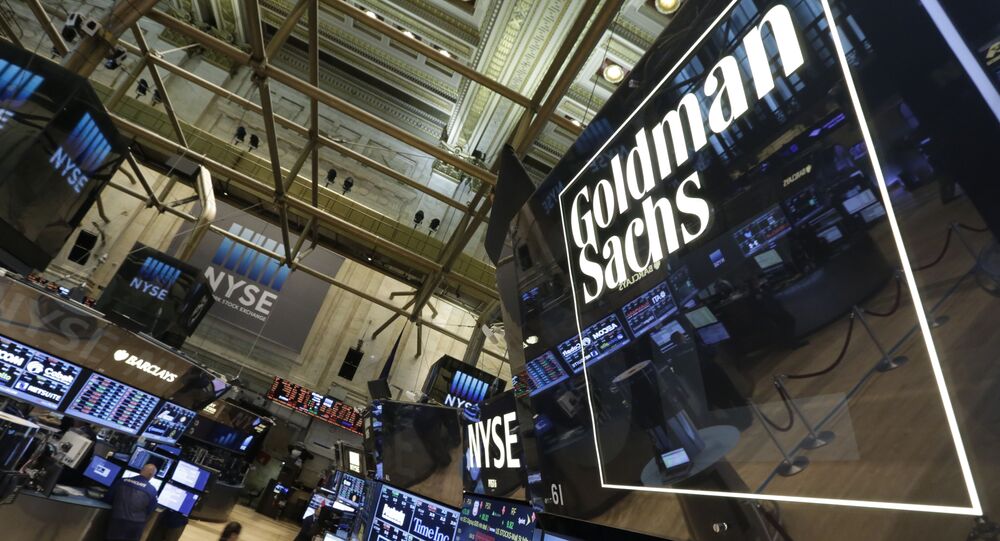 This windfall was mainly due to the recent influx of capital into the bond market, which resulted in debt gaining value, including US Treasury papers. Goldman, which is heavily reliant on trading, skimmed the cream off the hot bond market, while several rounds of layoffs helped cut expenses.

This offset the bank's previous quarterly declines in profitability, which had been prompted by its exposure to overseas risks and the dollar's strength. However, Goldman's operational costs declined less than predicted, meaning once the investors' rush for haven assets, including bonds, is over, Goldman will find itself struggling again.

​The surge in Goldman's earnings largely failed to impress Wall Street, with stock investors and traders looking at political developments, which remain bound to dominate market sentiment until almost the end of this year. However, as trading in bond papers tuned out to be a massive success, other financial institutions are likely to amend their strategies in line with market trends, which have been dominated by a shockwave of fear, subdued growth in the real economy and choppiness in stocks and many other market instruments.

"Despite the uncertainty created by Brexit, we achieved solid results by continuing to serve our clients across our diversified franchise and by managing our business efficiently," Lloyd C. Blankfein, Goldman's CEO said in a statement.

© Photo : pixabay
New Debt Crisis Beckons for 'Unstable' German Banks as EU Faces Next Financial Meltdown
The bank's net income increased to $1.82 bln, reflecting gains of $3.72 per share, compared to $1.05 bln/$1.98 per share a year ago. It is worth noting, however, that in 2Q15 Goldman had some $1.45 bln in legal and regulatory expenses, and these costs have decreased significantly by now, also contributing to better earnings.

Previously, observers expected a surge in Goldman's stock value to $3.05 per share.

"It was a respectable trading quarter, but I suspect the bar was raised over the past week with what we saw out of the other fixed-income sales and trading platforms," Devin Ryan of San Francisco-based JMP Securities said. "Maybe there was an expectation of even stronger results."

However, the struggle of corporate America is far from over, which is why Wall Street demonstrated little enthusiasm over Goldman's remarkable performance figures. First of all, the $1.3 bln drop in "other expenses" (legal, regulatory etc.) excluded, Goldman's revenue actually extended losses in 2Q16, with its investment and lending unit performing the worst. Goldman's profits from open market operations in stocks declined 50 percent in the second quarter, while share underwriting slumped 55 percent.

Therefore, although Goldman may have demonstrated its ability to adjust to the changing market environment by capitalizing on the heatwave in bond trading, it is still failing to store coherency in its money-making. At this point, there is little sustainability in the performance of most US financial sector enterprises, and Goldman is no exception. This meaning the coming quarters will see many banks seeking one-off opportunities to extract profit, rather than concentrating on longer-term growth strategies.