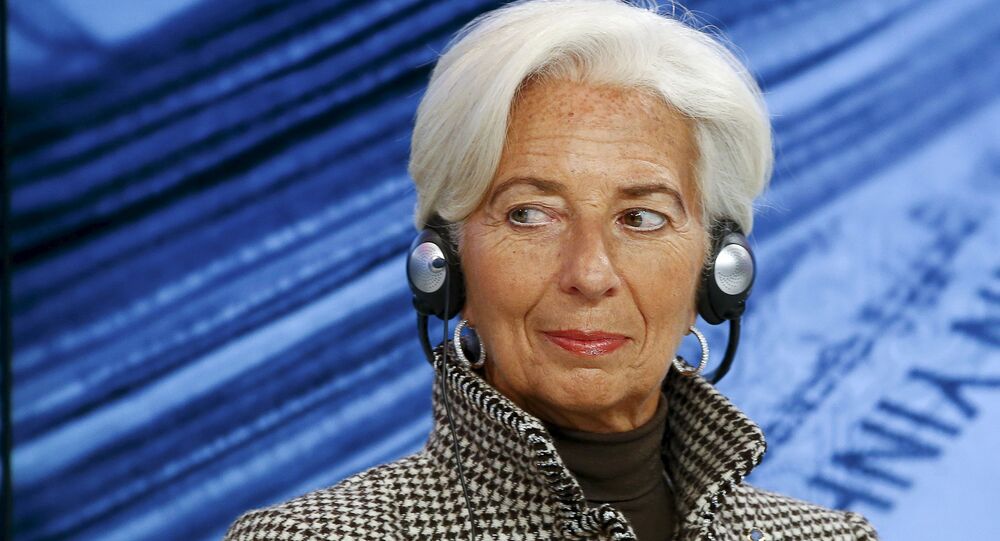 © AFP 2021 / MANDEL NGAN
IMF Warns Federal Reserve Against Rate Hikes Amid Banking Contagion
WASHINGTON (Sputnik) — "The greatest challenge we face today is the risk of the world turning its back on global cooperation — the cooperation which has served us all well," Lagarde stated at the Center for Global Development.

The IMF chief added that "it did not take the Brexit vote to understand that low growth, rising inequality, and a lack of jobs have combined with social and geopolitical concerns to fuel the rise of populism and inward-looking forces."

On July 7, Lagarde said that the protectionism supported by some politicians like presumptive Republican presidential nominee Donald Trump can result in significant damage to the global economy.

Lagarde added that protectionism "preceded many wars" in the past and can hurt growth, inclusion and people.

Trump has previously proposed to introduce tariffs on goods produced in China and Mexico, and criticized existing free trade deals as job killers.