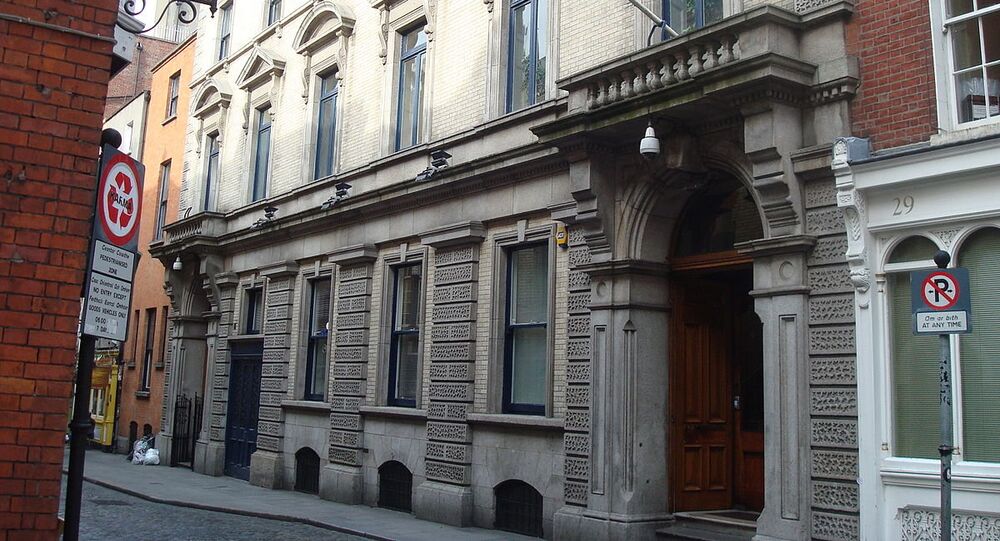 The Irish economy posted major GDP gains in 2015 due to a massive influx of foreign investment in the form of companies using tax “inversion” schemes, stirring risks that the robust post-crisis recovery will result in overheating.

© REUTERS / Cathal McNaughton
Ireland Considers EU Exit in Response to Europe’s Tax Harmonization Plan
Kristian Rouz — The economy of the Republic of Ireland posted stunning 26.3 percent growth in 2015, having exceeded previous estimates threefold, as reported by the Central Statistics Office on Tuesday. Fueled by an influx of foreign companies attracted by the Emerald Isle's 12.5 percent tax rate, the economy saw growth in key innovative sectors, such as IT, telecommunications and biopharmaceuticals.

Most of the international companies that have opened offices and built facilities in Ireland are US-based multinationals which sought to sidestep higher tax rates elsewhere, as well as avoid the recent carnage in corporate profits. The Republic's strong trade ties with most of mainland Europe have also boosted its positioning as an economy reemerging from the disastrous debt crisis of the early 2010s; it has sought to build a more sustainable and competitive business environment.

According to a report by the Dublin-based Central Statistics Office (CSO), Ireland's GDP gained 26.3 percent in 2015, compared to previous estimates of 7.8 percent growth. Foreign companies have based themselves Ireland, helping to expand the nation's balance sheet well into positive territory.

© Photo : Pixabay
Brexit Fallout: Should the English Language Exit the EU Along With Britain?
Companies have long been attracted to Ireland due to the 12.5 percent corporate tax rate, which was introduced in 2003. Additionally, the English-speaking Republic is a member of the Eurozone. The Republic stands to gain even more from the fallout of Brexit.

"We are a very small economy, and if we get a big increase in assets, this is what happens," Michael Connolly of the CSO, said following the announcement.

Foreign companies move to Ireland mainly through mergers and acquisitions (M&A); they acquire local assets in a process known as "inversion". Many originally American companies, most prominently in the biopharmaceutical sector, such as Allergan, Perrigo Co., and Jazz Pharmaceuticals Plc, changed their domicile to Ireland after facing greater tax and exchange rate pressures elsewhere. The relaxed corporate tax regime in Ireland and the relative weakness of the euro (which has been powering the German economy since at least 2013) have created greater output and export opportunities.

Formerly American companies that are now based in Ireland include medical technology developer Medtronic and security systems manufacturer Tyco. Both had bought insignificant Irish-based assets before moving to Ireland.

Following the CSO announcement, Ireland's Finance Minister Michael Noonan said the accelerated growth and exports have helped reduce debt and deficit figures. However, such a massive influx of investment bears significant risks, such as a possible overheating of the economy, which has undergone a major expansion in a very short period of time.

​Tax "inversions" result in gains in formal GDP assessment figures but don't necessarily result in comparable gains in jobs, salaries, wages, and the overall quality of life: companies domiciled in Ireland are making profits around the world, yet all this money is accounted for in Ireland's GDP estimates without being physically present in the country.

"I'm not going to stand up and say the economy grew by 26 percent," Jim Power, a non-affiliated economic researcher said. "It's meaningless."

© AP Photo
Obama on Brexit: UK and EU to Remain 'Indispensable Partners' of US
Another reasons for the stunning yearly growth is the surge in aircraft imports to Ireland. Irish-based leasing companies would lend the planes to airlines at an enhanced scale — Ireland's aircraft leasing industry controls some 20 percent of the global market.

Tax "inversion" deals have previously stirred concern in Washington, which attempted to launch an administrative crackdown on such deals rather than seeking a market-based solution. US President Obama addressed Congress earlier this year demanding that such deals should be blocked.

"When companies exploit loopholes like this, it makes it harder to invest in the things that are going to keep America's economy going strong for future generations," Obama said, discussing the exodus of biopharmaceutical companies from the US.

Underlying GDP growth, based on gains in employment and fiscal performance, is estimated at roughly 5.5 percent for 2015.

Dublin Expects Companies to Relocate to Ireland From UK After Brexit