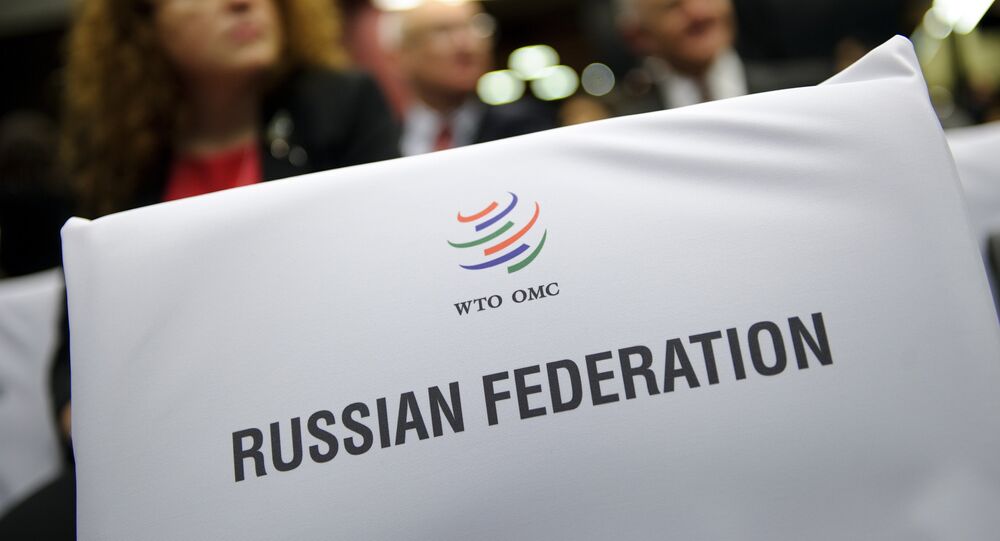 MOSCOW (Sputnik) — The G20 Trade Ministers Meeting is being held in Shanghai on July 9 —10.

© Sputnik / Ruben Sprich
Ukraine to Raise Issue of Limited Goods Transit Through Russia in WTO
"Russia and China have become WTO members relatively recently. We have paid a price to become the members and we must develop the organization. I want to emphasize that the relations between Russia and China, both present and future, are based exclusively on the basis of WTO principles. And we need WTO to go through a period of painful discussions as soon as possible and would start making positive, constructive decisions for the development of world trade," Likhachev, who heads Russian delegation, told CCTV on the sidelines of the G20 ministerial meeting.

He added that the main issues to be discussed at the meeting are global trade development and further WTO negotiations.

The G20 is an international forum for the world's 20 biggest economies. Its participants include the United States, Russia, China, Japan, South Korea, India, Mexico and the United Kingdom, among others.