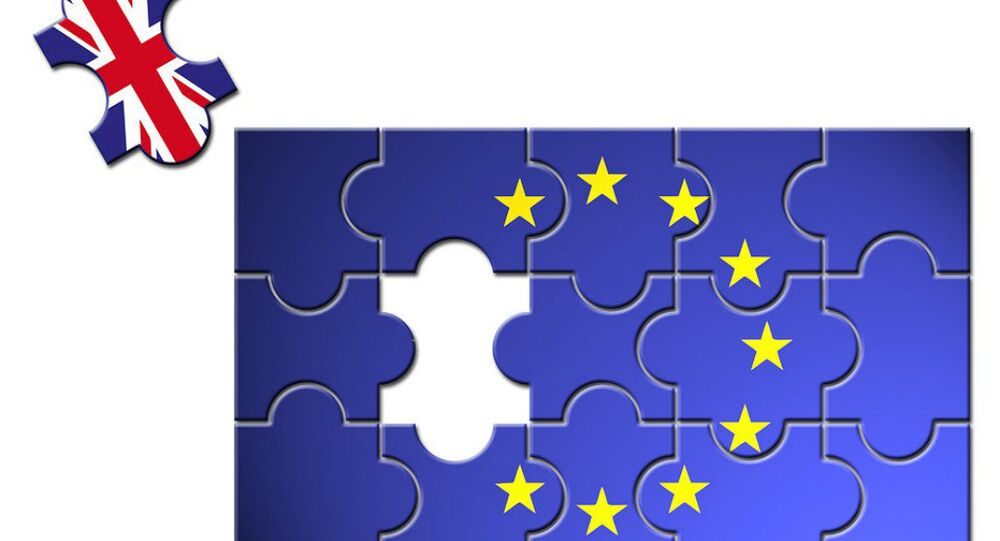 The International Monetary Fund (IMF) is concerned with a potentially weaker investment in the European Union after the United Kingdom decided to exit the block, a move better known as Brexit, IMF European Department Deputy Director Mahmood Pradhan told reporters on Friday.

WASHINGTON (Sputnik) — Pradhan noted that these economic conditions have contributed to an expected economic decline in the area next year.

"We are worried about investment, confidence more generally could affect consumer confidence and… lead to weaker investment," Pradhan stated. "At the same time, there is a substantial rise in risk aversion in financial markets."

© Sputnik / Alexander Vilf
'A Bomb Waiting to Explode': Crisis in This EU Country May be Bigger Problem Than Brexit
Earlier on Friday, the IMF released a report saying that euro area GDP growth will decelerate amid the Brexit vote to 1.4 percent in 2017 from 1.6 percent in 2016.

On June 23, a nationwide referendum was held in the United Kingdom, in which 51.9 percent of voters supported the country withdrawing from the European Union.

US Stands Shoulder to Shoulder With European Union After Brexit