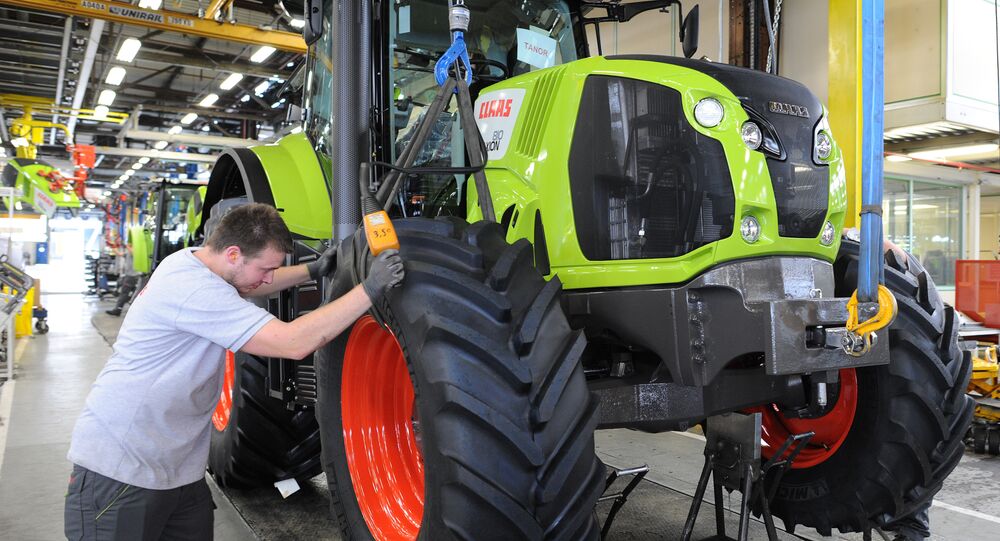 German companies that have been affected either by anti-Russian sanctions or the retaliatory food embargo imposed by Moscow are still managing to find a way to do business with Russia.

YouTube/RT
Western Countries Lost Over $60Bln in 2014-2015 Over Anti-Russian Sanctions
Despite the fact that the sanctions have taken a considerable toll on German companies that were doing business with Russia, some of them have found ways to circumvent these restrictions. Instead of exporting their goods to Russia, they have started manufacturing their products inside the country, and some companies have even "become Russian" in order to do so, according to Die Welt.

In 2014, following the implementation of sanctions against Moscow, foreign direct investment (FDI) in Russia plummeted from approximately $69 billion to $21 billion. At its peak in 2013, one in ten German exporters sold goods to Russia and trade between the two countries was worth €76.5 billion, according to the German news site The Local.

German companies had been responsible for some of the best-known projects in the country, such as Siemens' development of the Sapsan high-speed rail trains that connect Moscow with St. Petersburg and other cities, and the Volkswagen automobile plant in Kaluga.

However, last year the pendulum swung back, as German companies began to regret losing a key market. Furthermore, according to data compiled by Ernst & Young, the biggest source of foreign investment in Russia, about €1.78 billion, turned out to be Germany.

"It clearly shows that confidence in a positive development of the Russian economy and hopes for swift resolution of the current political crisis are returning," Michael Harms, executive director of the Committee on Eastern European Economic Relations, said.

According to Die Welt, a number of notable German enterprises, like agricultural machinery manufacturer Claas, major dairy company DMK Deutsches Milchkontor and pharmaceutical giant Bionorica, work on special investment contracts that afford them tax benefits and the ability to bid for government contracts in exchange for investments and a long-term presence in the country.

It should also be noted that the EU leaders’ decision to extend sanctions against Russia until late January 2017 was not received well by many prominent business officials, including President of the German-Russian Foreign Trade Chamber Rainer Seele.

"Further continuation of the bilateral restrictions complicate the resumption of cooperation between Russia and Europe. Sanctions are a political dead end. We want dialogue and we need it. It is in the interest of Germany and the whole European Union. And, of course, in the interests of the Russian economy," Seele said.

In 2014, relations between Russia and the West deteriorated due to the crisis in Ukraine, as Brussels, Washington and their allies imposed several rounds of sanctions against Moscow, blaming the Russian government for meddling in the Ukrainian conflict. The sanctions target individuals and companies in different sectors of the Russian economy, including the defense, financial and energy sectors.