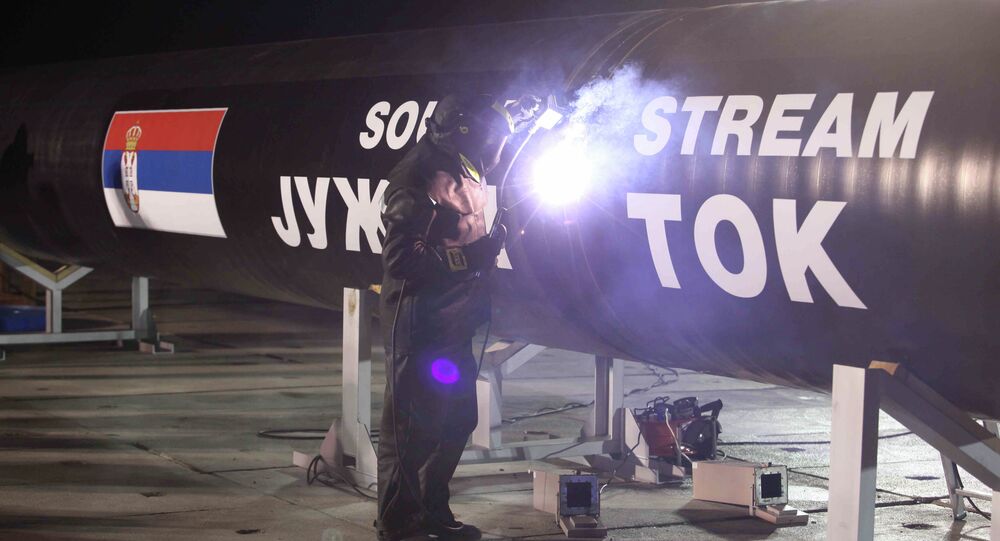 One way or another, the South Stream natural gas pipeline will be completed, according to a prominent Serbian official.

Dusan Bajatovic, head of Serbia's state-owned natural gas provider Srbijagas and deputy chairman of the Socialist Party of Serbia, told Sputnik that despite current politics, the previously-cancelled South Stream pipeline project will be eventually completed one way or another.

"One way or another, the South Stream will be completed. By 2035 Europe will require a further 150 billion cubic meters of natural gas per year in addition to the amount it already imports. Sanctions, war in Syria, NATO advancing on Russia's borders – I believe that everything will eventually reach an equilibrium, a balance, and that at some point the economic interests will trump the political agendas," Bajatovic said.

He also remarked that it remains to be seen what exactly will become of the EU itself in the wake of Brexit.

"It is clear that the union can no longer operate as the overly bureaucratized structure that it currently is – and in my opinion, this particular trait is EU’s biggest problem. Europe will face a decline in economic activity, the future of euro [is becoming] unclear, and other EU members may decide to either quit the union or to renegotiate the terms of their membership," he said.

© AFP 2021 / MUSTAFA OZER
Russia Ready to Implement Turkish Stream Infrastructure Projects
Bajatovic further added that he believes that Europe is slowly losing the competition with the developing economies like BRICS and SCO, which was recently joined by India and Pakistan, and that this trend may result in significant changes in the world's financial and energy sectors.

In 2014, Russia halted the implementation of the South Stream pipeline, which was intended to traverse the Black Sea to deliver Russian natural gas through Bulgaria, Serbia, Hungary and Slovenia to Italy and Austria to avoid exporting gas through the territory of Ukraine. Moscow gave up the project as the European Commission was against the implementation of it over an alleged breach of the EU energy legislation.