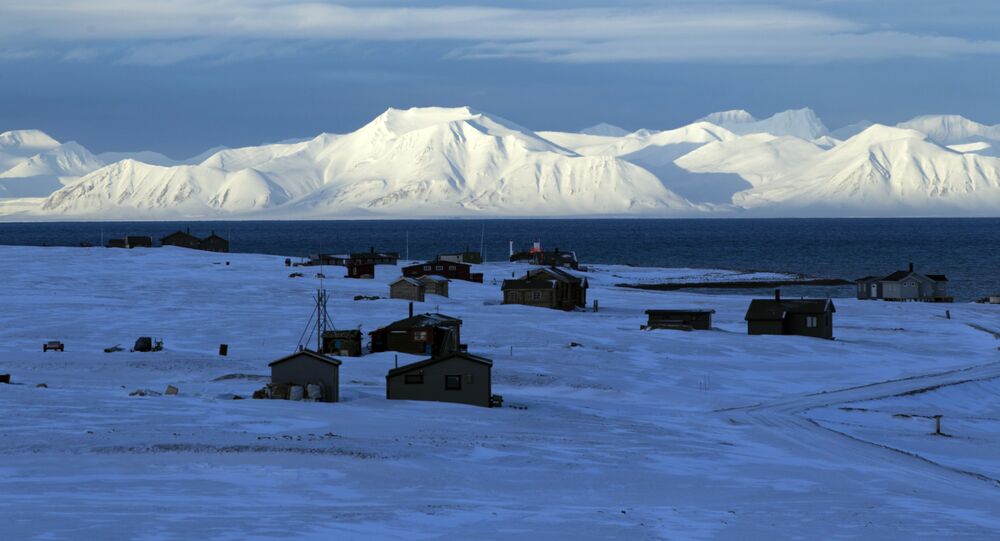 Norwegians cheered as their energy giant Statoil was awarded a new exploration license, both inside and outside the disputed waters around Svalbard. However, Norway risks losing money as other challengers, including Russia, are fighting for equal access to resources and looking forward to making a successful challenge in the international courts.

© Flickr / Jerry Michalski
No Laughing Matter: Norway Discovers World's Largest Helium Cache
Despite protests from around the world, Norway opened three areas for oil drilling in the vicinity of the Arctic archipelago in the Barents Sea. Statoil was awarded drilling rights within the so-called "Svalbard box," an area around the archipelago, which counts as a free economic zone. Russia is currently spearheading the protests against Norway's alleged breach of the Svalbard Treaty.

"If oil is struck in this area, many states will be interested in taking the matter to the court in The Hague," professor of Polar Research at the Norwegian Academy of Sciences Willy Østreng told Norwegian broadcaster NRK.

The bone of contention is how far Svalbard's economic area stretches. Many, including Russia, believe that Svalbard has a shelf of its own. However, as its borders have not yet been established, the coordinates, which are stipulated by the treaty and constitute the so-called "Svalbard box" are used. Should the existence of Svalbard shelf be proved, Norway must cede equal access of the area's resources to all treaty members. Additionally, the local Svalbard tax is to be distributed equally among the archipelago's settlements, to the delight of Russian companies.

© Flickr / GothPhil
Easy Come, Easy Go: Norway's Oil Capital Parts with Transient Enjoyments
Norway continues to maintain that Svalbard is only a continuation of the mainland shelf, therefore to be ruled under Norwegian jurisdiction. Uncertainty about the outcome is why the dispute so far has not landed in the International Court of Justice, Østreng pointed out.

"If The Hague gets to decide this question, all parties have an equal 50 percent chance to lose," Østreng said.

At the same time, Russia may come to challenge Norway on Svalbard in The Hague regardless of the positive outcome in terms of oil discoveries, research director at Peace Research Institute Oslo Pavel Baev told NRK.

"This is a unique situation for Russia to win international support and an opportunity not to be missed," Baev told NRK.

© CC0 / Svalbard Global Seed Vault/Peter Vermeij
Arctic Ardor: Norway Set to Innovate Its Polar Domains Amid Economic Slump
According to him, present-day Russia neither possesses finances nor technology to explore any riches in Arctic waters, but wants to strengthen its stance in the Arctic. In 2007, a Russian flag was planted on the seabed under the North Pole, which was universally understood as a political message from Moscow.

"Russia may in this case get very promising company, which is politically very beneficial for the country," he said.

The Svalbard Act entered into Force in 1925, giving the Kingdom of Norway full and absolute sovereignty over Svalbard. At the same time, the treaty provides other states with expensive economic rights. Citizens of countries that have signed the treaty have the same rights as Norwegian citizens to engage in industry, mining, fisheries, and maritime and commercial activities. Military operations on Svalbard are not allowed.

#Space light plays over the mountains of #Svalbard. #GoodMorning!https://t.co/ZBbBY5wuYn via @flickr pic.twitter.com/wT5DnLkjaM