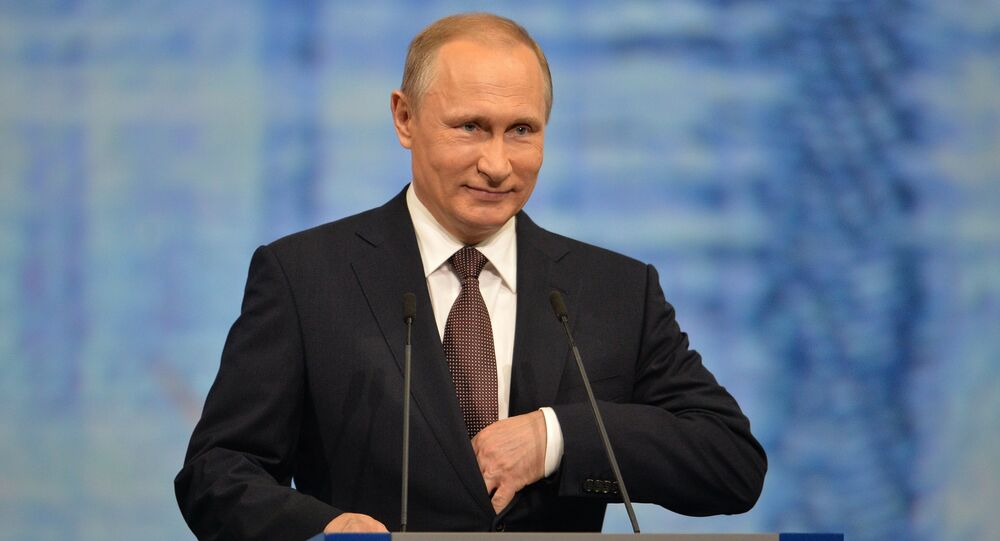 MOSCOW (Sputnik) — The president noted that at the last meeting of EEU leaders in Astana, the sides discussed this possibility and decided to enhance cooperation with China based on Beijing’s proposal to develop the Silk Road Economic Belt.

"To put it bluntly, these issues clearly call for expert examination. We certainly care about the interests of our national producers. However, there is a common understanding that the general development path in a global economy, as well as in our cooperation with China, should involve a gradual removal of all barriers to open collaboration," Putin said in an interview with the Xinhua news agency.

According to Putin, the initial stages of such collaboration could imply the establishment of a free-trade zone between the sides.

"We believe it [the Silk Road project] is a very timely, interesting and promising initiative aimed at increasing cooperation with all countries of the world, but primarily with neighbors," the Russian leader said.

The EEU is an economic association founded by Russia and also including Armenia, Belarus, Kazakhstan and Kyrgyzstan.

In May 2015, Putin and his Chinese counterpart Xi Jinping signed a joint declaration "on cooperation in coordinating the development of the Eurasian Economic Union project and the Silk Road Economic Belt."