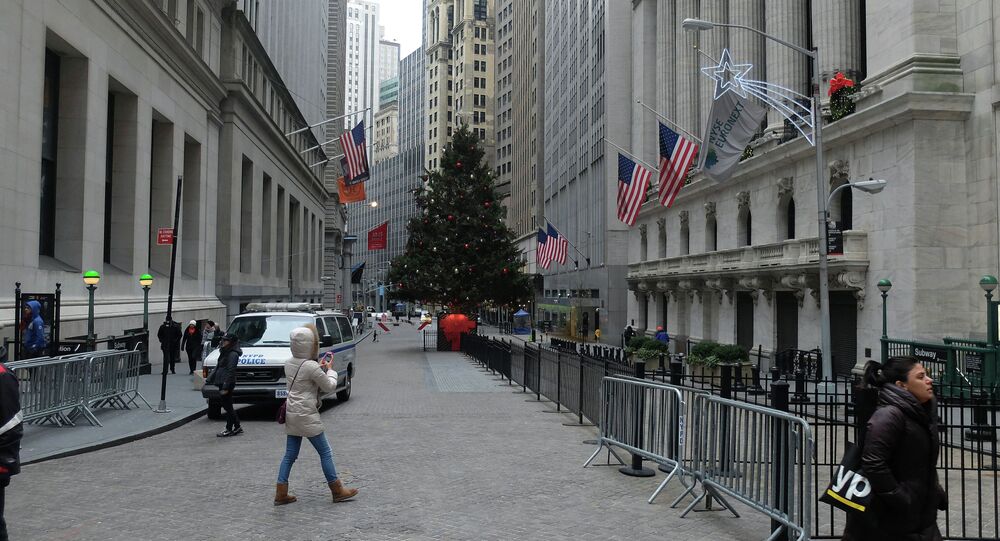 The International Monetary Fund downgraded the growth forecast for the US economy in 2016 to 2.2 percent from 2.4.

WASHINGTON (Sputnik) — The growth forecast for the US economy in 2016 has been downgraded to 2.2 percent from 2.4 percent predicted in April, according to the International Monetary Fund (IMF) report issued on Wednesday.

On April 12, the IMF World Economic Outlook report said the US economy would grow at a rate of 2.4 percent this year, while expanding an additional 0.1 point in 2017.

The United States has been experiencing a significant decline in productivity growth, IMF Managing Director Christine Lagarde stated on Wednesday.

The IMF chief noted that in the past 20 years, much of the gains in US incomes stemmed from gains in productivity and innovation.

"The fall in productivity growth seems, at least in part, to be linked to falling dynamism both in the US labor markets and in the formation of new and productive enterprises," Lagarde added.

The IMF said in a report released on Wednesday that the United States also faces other "potentially significant" longer-term challenges, including a decline in labor force participation and polarized distribution of income, as well as a high share of people living in poverty.