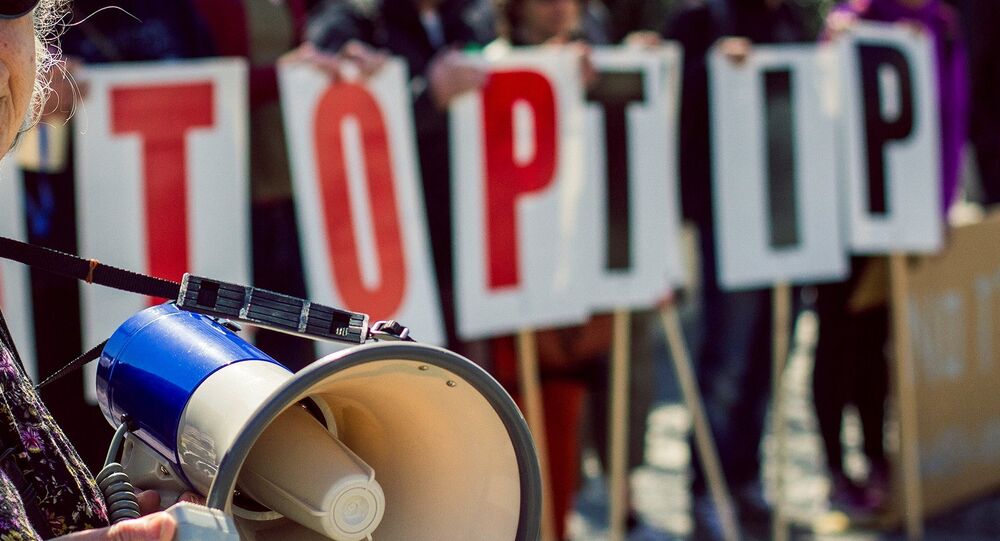 Leader of the Green Party of England and Wales Natalie Bennett told Sputnik TTIP posed a threat to democracy in Britain.

LONDON (Sputnik) — Leader of the Green Party of England and Wales Natalie Bennett told Sputnik the United Kingdom should oppose the Transatlantic Trade and Investment Partnership (TTIP) agreement by staying in the European Union and supporting citizen movements.

"So the way to stop TTIP is for Britain to stay as part of the EU and to grow, develop our citizen movements across Europe to fight TTIP," Bennett said, speaking about numerous anti-TTIP citizen movements in EU member states.

She added that the TTIP posed several large threats to the United Kingdom, including the threat to the country's democracy through the mechanism that regulates relations between the states and investors.

© REUTERS / Bundesregierung/Guido Bergmann
Europe Backs Away from TTIP, UK Voters May Leave EU to Avoid US Trade Deal
The TTIP deal, that has been negotiated since 2013, involves the creation of a free trade zone between Europe and the United States. Such countries as Canada, Mexico, Switzerland, Liechtenstein, Norway and Iceland will also participate in the TTIP.

Supporters of the agreement emphasize that it would create jobs and increase economic growth. Opponents warn that only big corporations would benefit from the agreement to the detriment of ordinary people.

The agreement aims to deregulate trade between the United States and the European Union, which together comprise 60 percent of global GDP.

TTIP on the Brink of Failure: EU 'Frustrated' About US Proposals