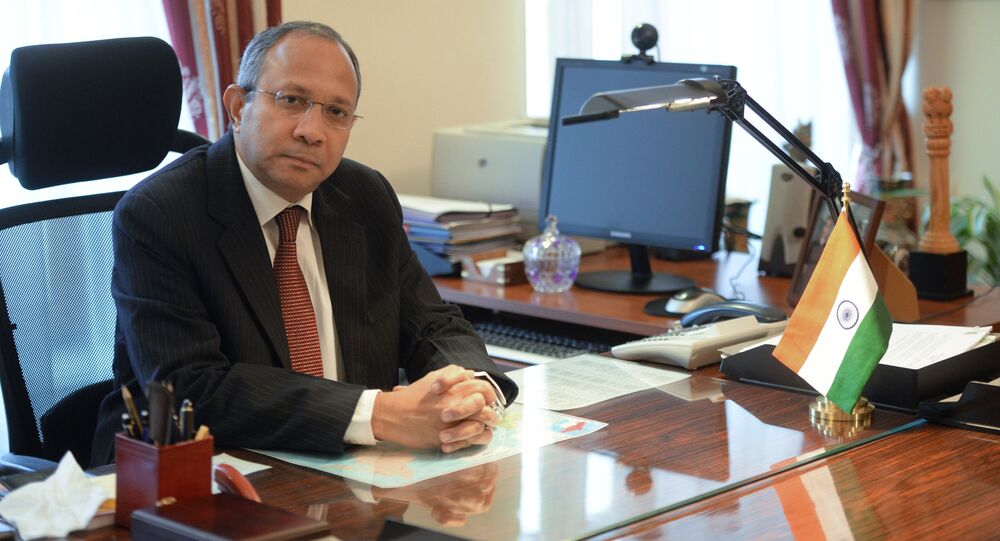 Russia and India may sign a number of deals on oil and gas cooperation during the St. Petersburg International Economic Forum.

"India has for many years participated in the forum at the ministerial level. This year, the minister of oil and gas of India will lead the national delegation… Now we [Moscow and New Delhi] are working on several agreements in the oil and gas sector which can be agreed for signing at the forum," Saran said.

He added that the meeting of the minister with the head of Russia's oil giant Rosneft and the country's energy minister, Alexander Novak, had been scheduled during the forum.

He also elaborated on further issues of bilateral cooperation, including the supply of Indian buffalo meat to Russia, purchase of Russian military planes, helicopters and potential Russia's participation in the construction of a nuclear power plant in India's state of Andhra Pradesh.