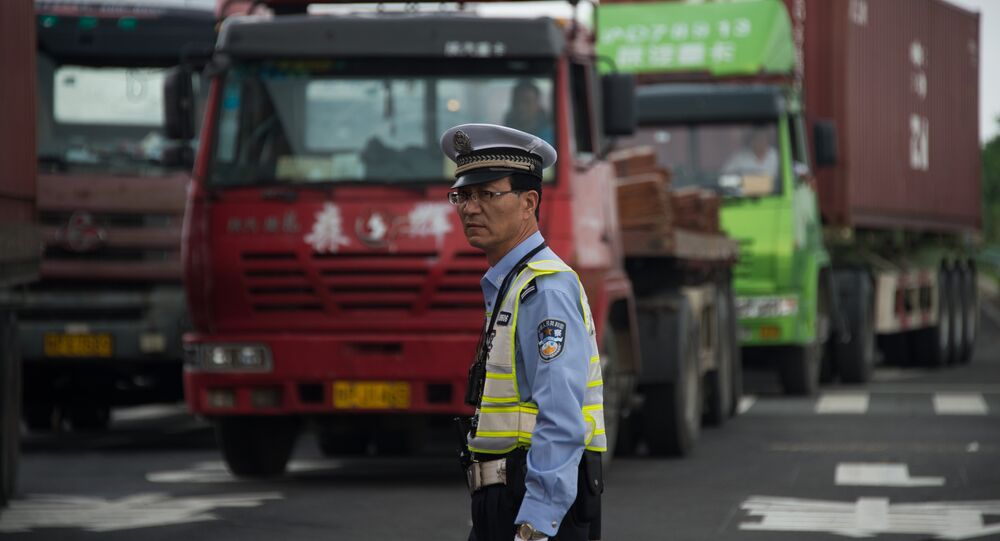 The scope of investments and further possibilities within the Chinese imitative of the New Silk Road is considered the largest in Eurasia.

© AP Photo / Andy Wong
Multi-Billion Silk Road: China Embarks on Investment Charm Offensive in Europe
The project is more than just a group of new transportation corridors linking China with Europe. In fact, the New Silk Road is a new model of economic partnership in Eurasia.

According to analysts, switching from traditional sea routes to land transportation will take time. So, potential transit countries would try to attract Chinese investments to modernize their inland transportation infrastructure.

In order to reduce costs, China may move production closer the border with Kazakhstan or even across the border, Sultan Ahmed bin Sulayem, CEO of DP World, said during the recent Astana Economic Forum.

Astana wants to be the key part of the Silk Road transportation chain. Bin Sulayem proposed that final assembly of Chinese-produced goods should be established in Kazakhstan. There are also plans for building transportation hubs in the country to consolidate and distribute shipments of Chinese products, Regnum news agency reported.

What is more, integration is planned between the New Silk Road and the Eurasian Economic Union (EEU), comprising Russia, Belarus and Kazakhstan.

In May, it was reported that the EEU was reading for talks with China on a trade and economic agreement. Currently, the union is considering a project to integrate both initiatives, establishing a common market.

Estonia wants to attract investments as a transit state in close proximity to Finland and other Scandinavian countries. Among the main advantages of working with Estonia are warm water ports, modern terminals and qualified personnel.

The Baltics also have the same railway gauge as Russia and Kazakhstan which would facilitate their integration into the New Silk Road infrastructure.