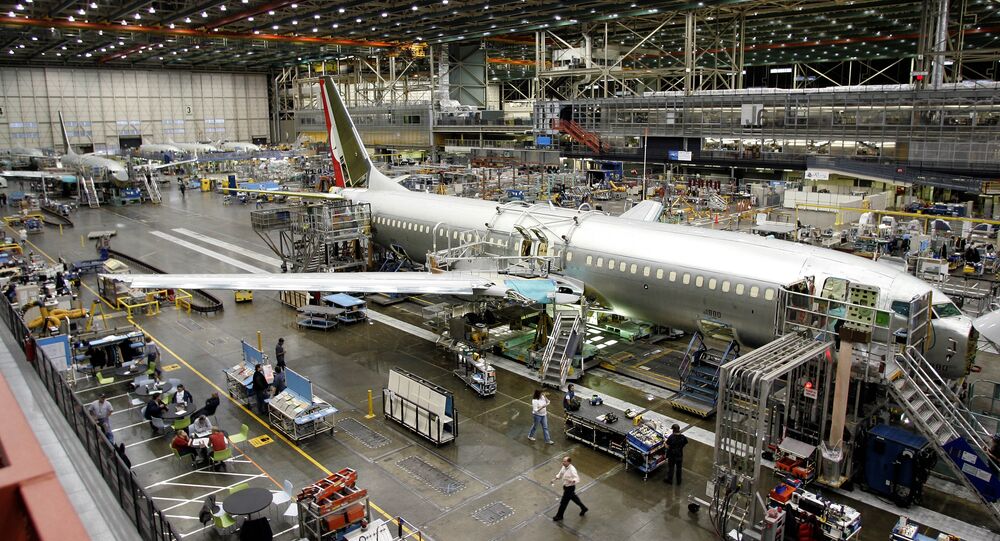 Following the signing of a $27 billion deal with Airbus to purchase 118 airplanes, IranAir is contemplating another ambitious arrangement, this time with Boeing. Both deals, however, have obstacles that still must be overcome.

© Photo : pixabay
'Same Old Story': What’s Behind US Claims of Iran’s Alleged Sponsorship of Terrorism
As Iran's new and promising aviation market rises out of its long economic hiatus, Western aircraft manufacturers are lining up to make deals.

Since the lifting of Western economic sanctions, negotiations on a major purchase between IranAir and Airbus-rival Boeing have progressed. Industry sources predict Iran's flag carrier will soon strike a preliminary deal with Boeing for at least 100 new jets.

"Meetings and negotiations are going on. We hope that in the future we can reach an understanding with each other," IranAir chief executive Farhad Parvaresh told Reuters.

Earlier this year Boeing received permission from the US government to engage in commercial discussions with the Islamic republic. However, the Seattle-based aerospace firm will have to apply to the US Treasury for a second license as a precondition to any sale.

© REUTERS / Marius Bosch
Iran-Russia Relations' Development Requires Closer Scientific Ties - Envoy
The huge Airbus deal will also depend on winning US export licenses, since more than 10% of the parts for the European aircraft manufacturer's planes are US-built.

Licensing is not the only issue that must be resolved to complete the deals. Both Boeing and Airbus base their products on the dollar, and Iran is restricted from accessing US financial systems in light of Tehran's ballistic missile program and allegations that the country supports terrorism. Financing from non-US sources will be required.

"Our deal with Airbus is in euros. The financiers we are talking to…are finding a solution to pay Airbus in euros and then we would have to pay the financiers," Parvaresh said.

"Everybody is willing to take 10 or so aircraft which is not in our interest. We would rather not have more than one or two (financiers) to make it easier."

Iran currently has a fleet of 250 commercial jet aircraft, of which about 90 are said to be grounded due to the current economy or missing parts, Parvaresh said. He added that the country is currently in need of some 300, if not more, commercial passenger aircraft for the next decade.