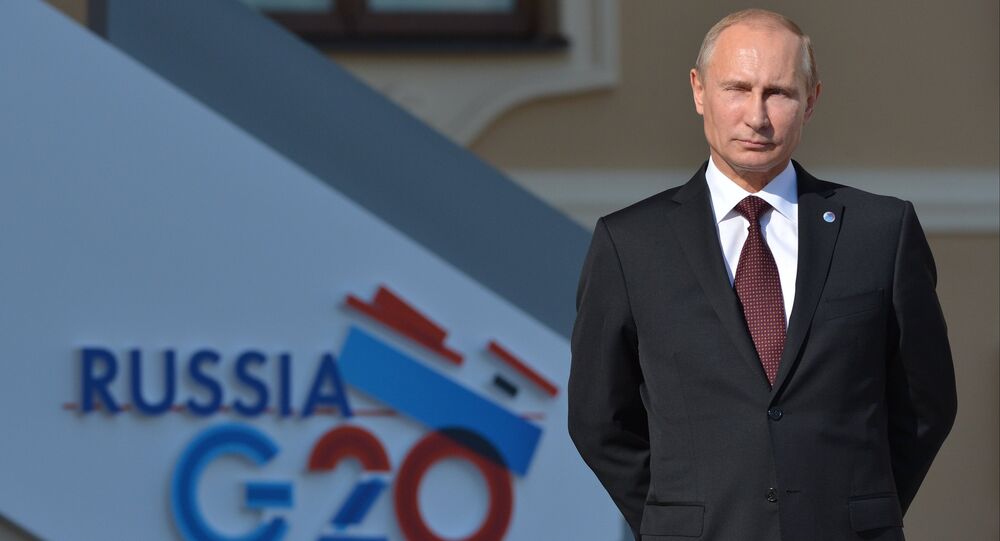 Russian stock dividends ranked second-best amid the G20 economies as shares are cheap and rife disinvestment has forced companies to seek capital by offering better payoffs.

Kristian Rouz – Russia’s stock markets have provided lucrative investment opportunities since at least 3Q15 as dividend yields climbed due to higher international risks, policy concerns, national currency devaluation and, given all factors mentioned, the relative sustainability of the broader economy, which has proven shock-resilient enough to withstand the dramatic decline in oil prices.

Russia was the second-best performer in terms of average dividend yields on shares among the G20 markets, after Australia, as of early 2016, as yield-per-share throughout the previous year rose steadily due to the scarcity of investment capital amid the unfavorable international environment.

Meanwhile the overall market capitalization, as reflected by the RTS Index, was near its 8-year low and has been declining ever since due to the ruble’s weakness.

© Flickr / NASA Goddard Space Flight Center
World Evolution: Russian Company Develops Tech to Analyze Global Economy
Average dividend yield in Russia’s stock markets stood at 4.96% in late January 2016, resulting in income investors greatly benefitting from the combination of risks the nation’s economy is facing. Only Australia fared better, with average yield at 5.42%. Russia looks more appealing in terms of return-on-investment on its tocks than all other emerging markets, including mainland China (where avg. yield totals 3.56%) and India (1.47%), as well as most prominent advanced economies, with US shares yielding an average 2.23%, and a gauge of EU stocks yielding 3.75%.

"On the top of the weaker ruble, Russian energy exporters got support from higher oil prices," Johan Elmquist of Tundra Fonder said. "The Russian investment case has changed. It’s no longer enough for investors to buy cheap assets, they also want high dividend yields, and oil companies deliver on that."

Another reason that Russia’s investment appeal is rising might be the relative cheapness of Russia’s stocks. In the aftermath of investment capital erasure in 2014 and 2015, Russia’s markets provide many appealing deals, at low cost and higher yields. However, speculation regarding  a possible “value trap” is brewing as well, but high-risk investors seem to be willing to take their chances.

"Russia is very cheap," Mark Mobius of Templeton Emerging Markets' said. "The problem is the sanctions. Many of us cannot invest because of the sanctions. Once sanctions are released, then the market is going to do very well."

© Sputnik / Alexandr Kryazhev
Russian Economy Out of Recession for More Than Six Months - Minister
However, average shares prices have been advancing in Russia since early 2016 along with the recent developments in international oil markets. Therefore, dividend yields might start falling unless crude sinks again, or the ruble crashes, or the international financial limitations are eased or lifted, all of these being near-term factors.

"The Russian market has always been one of the markets among emerging markets paying the highest yield and now the government, which needs money, is speaking to state-owned enterprises to make them increase the payout ratio from 25 percent to 50 percent," Karine Hirn of East Capital said.

The MSCI Russia Index gained 20% this year, well below the almost 80% advance in oil prices. Compared to early 2014, the MSCI Russia Index is still down 36%, therefore, there is still potential for dividend yields to, if not gain further, at least not slide amidst the anticipated economic improvements.

MSCI Russia currently yields some 4.25%, as of early June, with index average price-to-earnings ratio of 3.89 and a price to book ratio of 0.71. A similar situation was last seen in November 2008, one year before Russia’s economy bottomed out, exiting the economic crisis back in the day.

This time around, high levels of uncertainty might also support high dividend payouts for a longer period of time, but the situation largely depends on oil. Cheaper oil would exacerbate the investment climate, forcing Russian companies to yield more per share until they run out of money. Expensive oil will trigger lower dividend payments as companies will simply have enough cash coming from sources other than capital investors.

"Everything is still very much tied to oil, it's very much an oil story," Mitul Kotecha of Barclays said.

Turkey Lost in Terms of Economy, Security Amid Worsening Ties With Russia