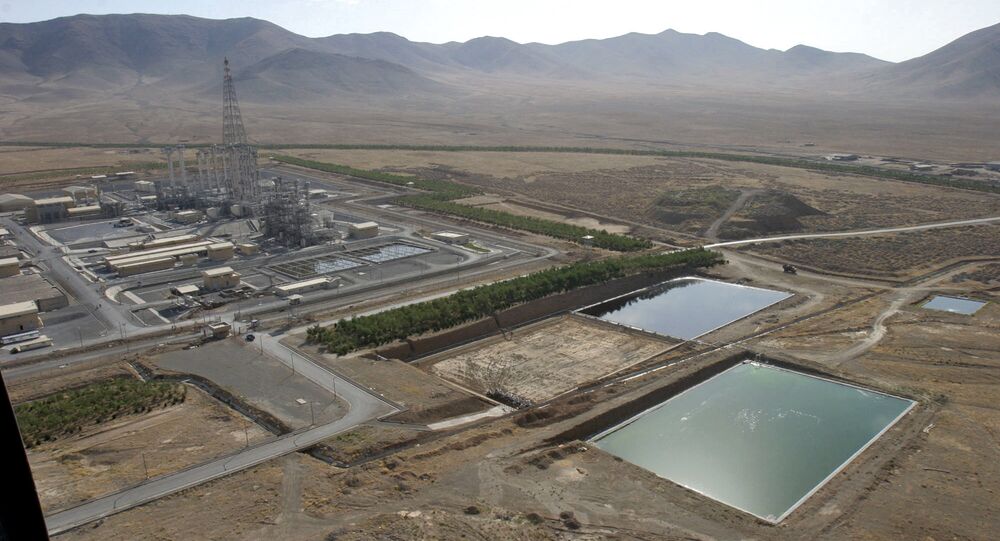 Certain European countries have said that they are ready to buy 20 tons of Iran’s heavy water, Head of the Atomic Energy Organization of Iran Ali Akbar Salehi said Tuesday.

MOSCOW (Sputnik) — According to the Iranian official, Tehran is also in talks with Moscow on the sale of 40 tons of the product, the Tasnim news agency reported.

Salehi also said that he ordered to halt the supply of heavy water under a deal with the United States, which was concluded after the nuclear deal between Iran and six world powers entered force in January.

According to Salehi, Tehran’s deep distrust of the United States, especially after the US confiscation of some $2 billion of Iran’s assets, was the reason for the decision.

© AFP 2021 / TIZIANA FABI
Life After Sanctions: Iran Signs Spate of Hefty Deals With Italy
The supply of the 32 tons of heavy water will continue after there is certainty about the payment and other issues, he said, as cited by the agency.

In July 2015, Tehran and six international mediators reached a historic deal — the Joint Comprehensive Plan of Action (JCPOA) — which guarantees the peaceful nature of its nuclear program in exchange for the gradual termination of anti-Iran sanctions, which were imposed over fears that Iran was developing nuclear weapons.

In January, the International Atomic Energy Agency (IAEA) verified Iran’s compliance with the terms of the JCPOA, after which UN, US and EU sanctions imposed on Tehran were lifted.

Heavy water is used to cool nuclear reactors that can be used to make plutonium, a fuel for atomic bombs. According to the nuclear deal, Iran must store no more than 130 tons of heavy water during the first year after signing the agreement.

Iran Ready to Sell Heavy Nuclear Water to Russia, Not Just US