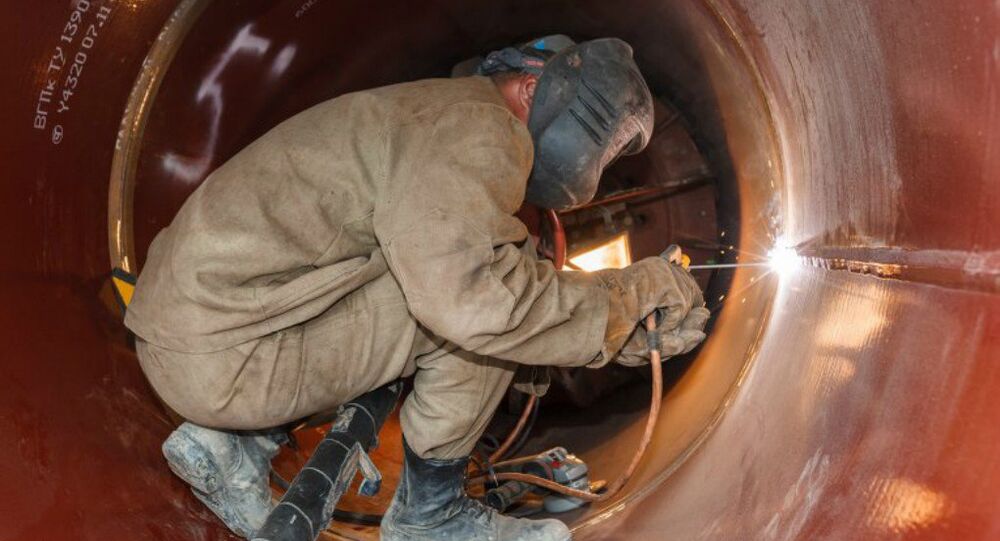 Gazprom CEO Alexey Miller and Chinese Vice Premier Zhang Gaoli noted that the Power of Siberia gas pipeline project is proceeding according to plan during a meeting in the southern Russian town of Sochi, Gazprom said Tuesday.

MOSCOW (Sputnik) — Earlier in May, Gazprom said that 115 kilometers (71 miles) of the pipeline's 3,000 kilometers to stretch across Russian territory were constructed in 2015. Another 400 are planned to be completed in 2016. The CNPC plans building up to 80 kilometers on Chinese territory this year.

"The sides noted the positive dynamics in the development of bilateral relations in the area of natural gas. Special attention was given to the ongoing talks on the project to supply Russian gas to China along the western route, as well as gas supplies from the Far East, underground gas storage and power generation. The implementation of the Power of Siberia is proceeding according to plan," Gazprom said in a press statement at the close of the meeting.

Russia and China have been stepping energy cooperation efforts. In 2014, Gazprom signed a 30-year agreement with the China National Petroleum Corporation (CNPC) for annual deliveries of 38 billion cubic meters of Russian gas through the eastern route pipeline, formally known as the Power of Siberia. The project is scheduled to begin supplying gas sometime between May 2019 and May 2021, starting from 5 billion cubic meters per year and rising gradually.