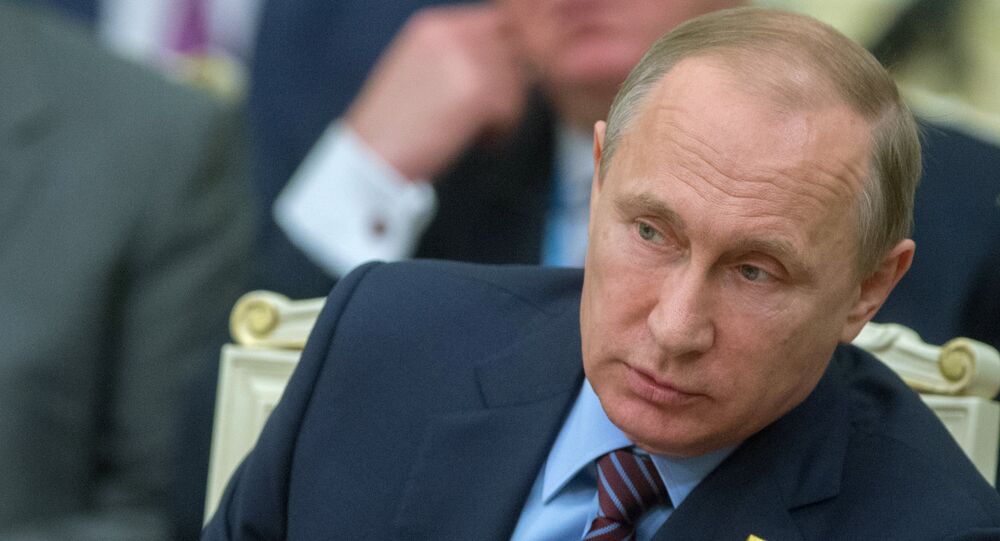 The establishment of a single Eurasian Economic Union's (EEU) market in hydrocarbons will bring the income of up to $9 billion annually to the oil and gas industry, Russian President Vladimir Putin said Tuesday.

© Sputnik / Grigoriy Sisoev
Don’t Even Try It: US Incapable of Replacing Russia in European Gas Market
ASTANA (Sputnik) — Earlier in the day, Putin arrived in the Kazakhstan's capital of Astana to participate in the meeting of the Eurasian Economic Union (EEU) Supreme Council.

"Today we will make another step toward the establishment of a single hydrocarbons market the question, as we have discussed and debated at the time. Let us approve the relevant documents to provide a level playing field in the entire EEU, which will give the combined effect of more than $1 billion for the gas industry and up to $8 billion annually for the oil industry," Putin said at the meeting of the Council.

He added that the framework of a single EEU market in energy should be established by 2019.

The EEU is an economic association founded by Russia and including Armenia, Belarus, Kazakhstan and Kyrgyzstan.