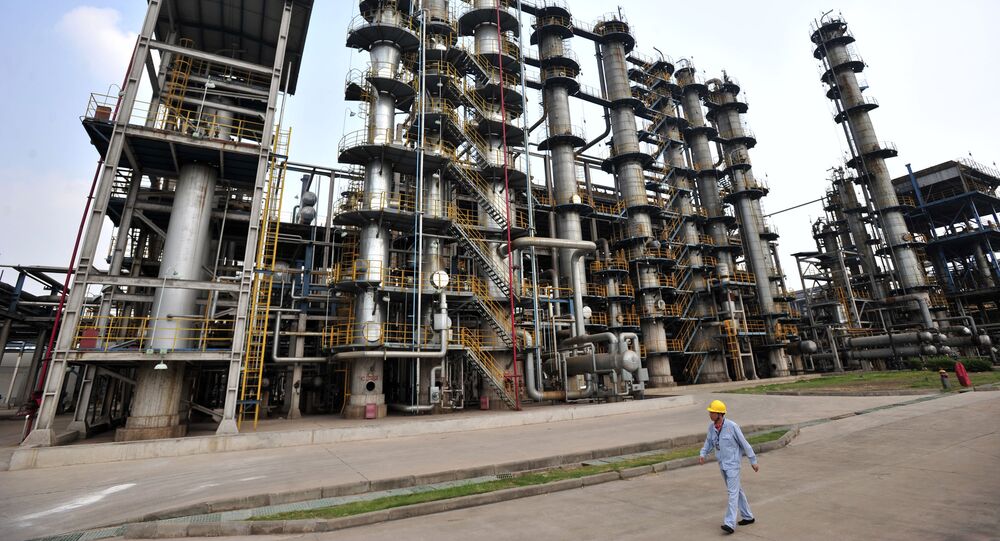 Russia has toppled Saudi Arabia as China’s largest monthly crude supplier for the second time in 2016, according to the latest customs data.

© AFP 2021 / ALEXANDER KLEIN / FILE
Oil Prices Likely in Mid-$30s-$40s Per Barrel After OPEC Meet - Economic Institute Head
Back in February, the Russians and the Saudis were neck and neck for the lead in the Chinese market, as both captured about 13% to 14% of total Chinese crude imports, according to Business Insider.

"The record high import volumes from Russia were likely fueled by independent refiners, who are storing oil that they had earlier purchased at lower flat prices," a trader with a Chinese company told Reuters.

Another source said that the demand for Russia crude is expected to drop in June because refiners would decrease purchases due to the higher oil prices.

Independent refiners have long been an important client for the Russian-produced ESPO crude due to low transportation costs and small cargo size, according to Reuters.

RBC Capital Markets commodity strategist Michael Tran told BI that Russia had become the "biggest rival to the Saudis in the single-largest oil demand growth country in the world."

"Is there a sense of urgency from the Saudis? You bet," he wrote.

Earlier, many experts noted that the key factor behind Russia’s success in the Chinese crude market was its readiness for yuan-denominated payments for oil. Riyadh is not ready to accept the Chinese currency and uses only US dollars.

© Sputnik / Ramil Sitdikov
Chinese Companies Express Interest in Russia's Urals Crude Futures Trade
China has been paying for Russian oil and gas in yuan since mid-2015. This fact has been confirmed by Gazprom Neft, the oil-producing subsidiary of Gazprom.

Moscow and Beijing established a powerful energy alliance which changed the global oil market. In addition to increasing trade operations with oil and gas, the two countries are set to challenge dominance of the US dollar in setting prices for crude, according to Mexican economist Ariel Noyola Rodriguez.

"This creates basis for a new financial order backed by petro-yuan. The Chinese currency would soon turn into the main currency for trade operations in the Asian-Pacific Region," he wrote in an article for the foreign affairs analysis website Voltaire Network.

In November 2015, Russia announced a plan to create its own oil benchmark, in a bid to establish a fair pricing mechanism for Russian oil grades.

What US, China Could Do to Help Boost Global Oil Prices