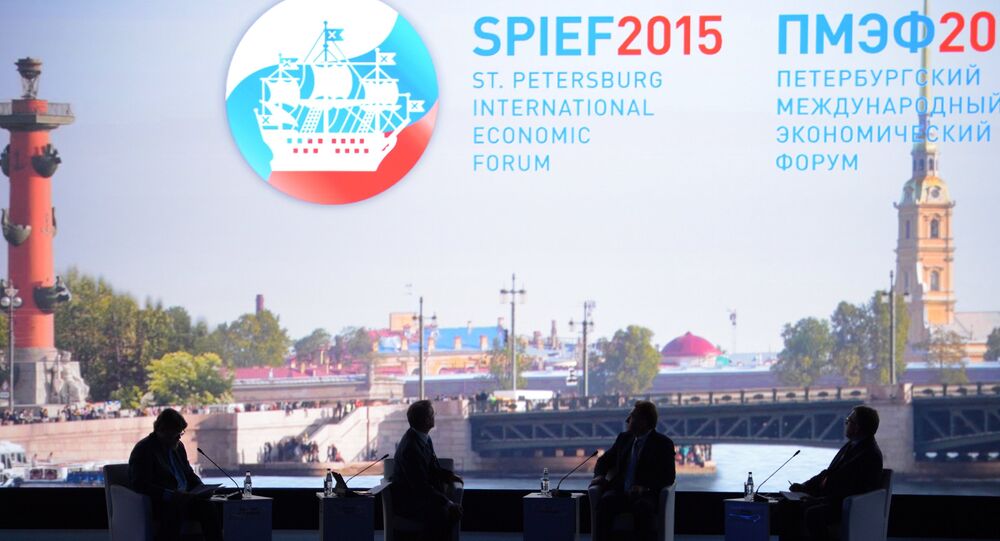 US Gov’t Should Not Push on Business Ahead of St. Petersburg Economic Forum

The US administration should negatively affect on the country’s businesses ahead of the St. Petersburg International Economic Forum (SPIEF) in Russia on June 16-18.

WASHINGTON (Sputnik) — The US administration should not exert any influence on the country’s businesses ahead of the St. Petersburg International Economic Forum (SPIEF) in Russia on June 16-18, Deputy Head of Economic Section of the Russian Embassy to the United States Grigory Zasypkin told Sputnik.

© Sputnik / Alexei Danichev
US Pressures Switzerland to Shun St. Petersburg Economic Forum
Earlier in May, a State Department official told Sputnik that the US government has decided not to send any representatives to the upcoming St. Petersburg International Economic Forum (SPIEF) in Russia, and has cautioned American companies against working with Russian authorities.

“The reaction was predictable. They have always said it, and continue to say that they will ignore major events, particularly the economic ones that are held in Russia. This was not a surprise,” Zasypkin said. “Business-wise, we think this is incorrect behavior, because businesses should decide for themselves, it should not be pressured.”

Zasypkin stressed that politics and economy should be kept apart.

“There are sanctions, there are some codified things [regulations]. And there is this psychological atmosphere, which does not correlate with the spirit of the American approach,” he explained. “Politics and economy should be separated. Business should do what it finds right. What is not forbidden is allowed.”

© REUTERS / Vincent Kessler
European Commission Chief Juncker Invited to SPIEF, Considering Response
The State Department official also told Sputnik that each US company will have to decide for itself on the participation in the forum, but noted that the US authorities will not consider "business as usual" with Russia until Moscow fully implements the Minsk agreement to settle the conflict in eastern Ukraine.

In 2014, the United States and some of their allies imposed a series of economic sanctions targeting key Russian sectors as well as a number of individuals and entities over Crimea’s reunification with Russia and its alleged interference in the conflict between Kiev and independence supporters in eastern Ukraine.

Moscow has repeatedly refuted the allegations, warning the Western sanctions are counterproductive and noting that Crimea’s rejoining Russia came after a popular referendum in which the vast majority of citizens democratically decided in favor of reunification.

US Businesses Looking to Expand Business Activity in S Africa