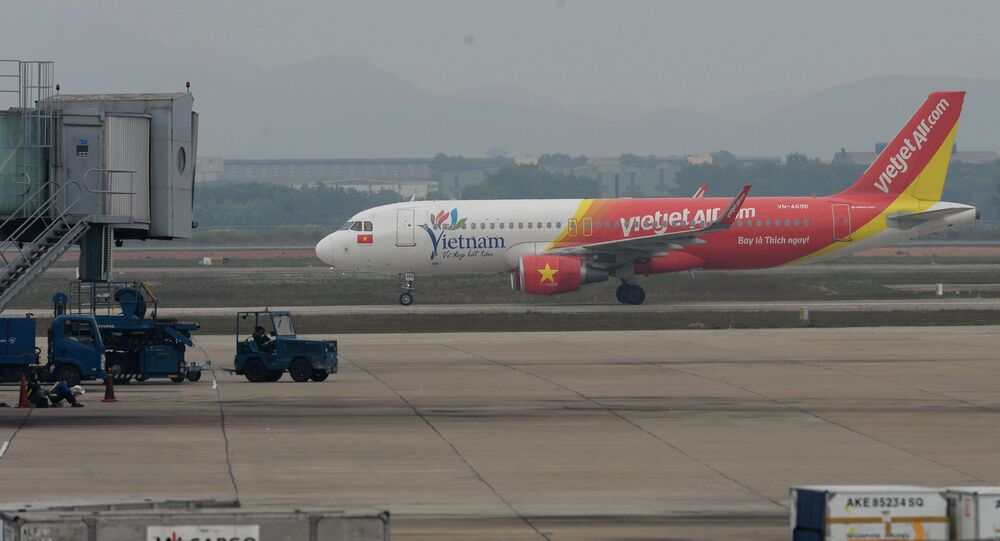 MOSCOW (Sputnik) — Vietjet President Nguyen Thi Phuong Thao and the Boeing Company's Boeing Commercial Airplanes President Ray Conner signed the contract in Hanoi, the airline said adding that the planes are to be delivered between 2019 and 2023 under the contract.

"Through this Agreement, Vietjet will contribute increasing bilateral trade turnover between Vietnam and the United States, as well as contributes in the integration and development of the aviation industry in Vietnam,” Thao said, as quoted by the airline.

© REUTERS / Carlos Barria
Obama: US Fully Lifts Half-a-Century-Long Weapons Ban Against Vietnam
The deal, which is the largest single commercial aircraft purchase in Vietnam’s history, was finalized during US President Barack Obama's week-long trip to Vietnam and Japan ahead of the upcoming G7 summit due to be held in Japan later this month.

The 737 MAX 200 is a variant of the fourth-generation 737 MAX family, which is set to replace the 737 Next Generation family. Its first flight took place in early 2016.

Boeing to Remanufacture 117 Apache Helicopters for US Army in 1.5Bln Deal